WARNING! There might be a few spoilers for the original Watchmen series below. If you haven’t read this seminal classic graphic novel then more fool you!

If you’re still not 100% sure what we thought of this travesty then please, dear reader, continue onwards to …

So, it appears that DC are determined to strip-mine Alan Moore’s Watchmen opus for all it’s worth. A few years back we had the dull and redundant Before Watchmen prequels focusing on key characters from the original 12-part series.

Now DC are using Doomsday Clock to kick off the process of tying the previously discrete Watchmen universe into the larger DC continuity. 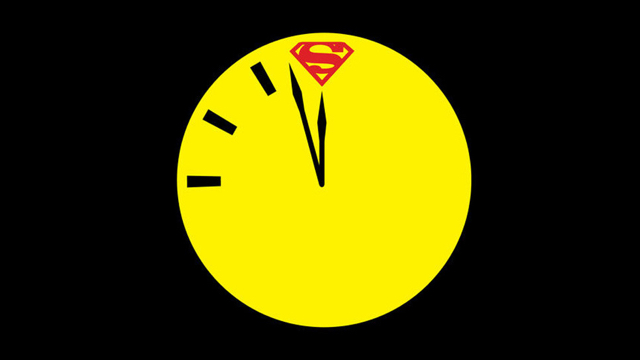 I’ll be honest here - I’m not really familiar with the ins-and-outs of current DC continuity, nor do I particularly care for the convoluted mish-mash of ever changing origins. I couldn’t tell you the difference between Rebirth, New 52, Flashpoint or any of the other multiversal crisis’ that shook our favourite heroes to the core.

Of the three of us, Tom was most likely to know how things stand in the DCU. He knows a fair bit about the various continuity shakeups at DC. In contrast, Jake has been experiencing hero-fatigue before and has fallen out of love with DC.

Before talking about Doomsday Clock we need to acknowledge the long shadow cast by the original series. Jake, Tom and I had all read the original Watchmen at least once before. I don’t think that any of us wanted to take on the job of reviewing Doomsday Clock without a refresher of the source material.

I’d hope you don’t need me to tell you quite how good Watchmen really is. It can be quite a challenging read thought and Tom had originally found it a bit of a chore to grind through the 12 issues, complete with detailed back-matter. Jake embraced Watchmen’s inherent complexity and has always held it in high esteem.

“For me, this was sunk by the fact that the TV series is really, really good” — Jake

Over the years I’ve bought a fair few copies, only losing them to loans (“You have to read this!”), floods, fires and general forgetfulness. It has shaped my comic book reading to this very day and will continue to be somewhat of a high-water mark for comic book quality.

The first thing that struck all of us was the cover to this collected edition - it’s proper awful. It’s peculiarly uninspiring cover that, unfortunately, sets the tone for what’s to be found inside.

That’s not specifically an art thing - Gary Frank’s complex, Gibbons-aping detailed line work is one of the high points of the whole shebang. Mr Frank had been sharing panels and pages on Twitter and I was really enjoying his detailed lines and tight compositions.

It’s pretty clear that Frank was picked for this gig as his work bears a superficial resemblance to Dave Gibbons’ beautiful art work. It’s not quite as distinctive as Gibbons though - there’s a lack of personality, charm and individuality there. Frank is a very good DC house artist and, from that perspective, he’s the perfect penman for this project.

Although some original Watchmen characters appear in this volume, the narrative is led by two new characters - Mime and Marionette. These two are small time criminals from the Watchmen universe, sprung from incarceration to serve some larger nebulous purpose.

I can’t say I’m a fan of their design and there are suggestions of certain… abilities that don’t tally with the WU. Tom thought Marionette was a little too close to Harley Quinn in both design and personality but quite enjoyed her arc. Jake thought they were both a bit rubbish.

Sidenote: I wondered whether Mime and Marionette had been mentioned in the original Watchmen, in the copious back matter or some offhand reference. Turns out this is not the case. However it appears that they are, like the original Watchmen cast before them, updates of old Charlton characters.

So, points for effort there, just not for execution.

You have to earn your keep

And this is the case throughout. Nothing really feels earned. Geoff Johns goes out of his way to try and shoehorn as much of the original in but it feels like lip-service and clunky homage.

Doomsday Clock borrows everything from character designs and script beats to whole layouts (Hey there claustrophobic 9-panel layout ol’ buddy!). It even goes so far as to replay whole key sequences shot-for-shot, panel-for-panel.

The original Watchmen cast get a bit of a DC makeover too. There’s a new Rorshach in town, complete with iconic ink blot mask and a backstory so shoddy you have to wonder how anyone thought it would be a good idea. There are flashes of snappy dialog from Nu-Rorschach that almost capture the WU vibe, particularly when they’re interacting with Batman/Bruce Wayne. Jake thought Nu-Schach was OK, Tom not so much. 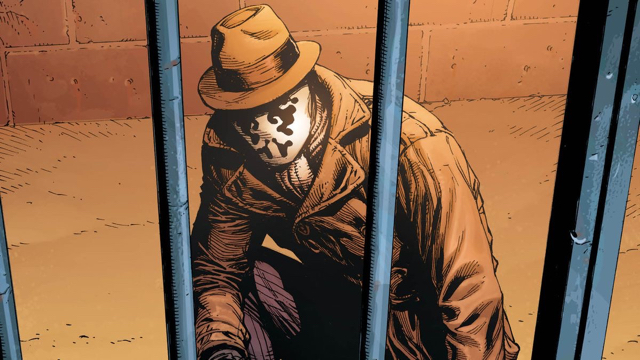 Ozymandias is also still knocking around although his character has undergone some rather radical personality changes. I wasn’t buying it. Tom was fairly certain Viedt had died in the original book and was surprised to see him return. His weird lynx pet thing, Bubastis, also makes a comeback after being disintegrated at the end of Watchmen. As a cat-person I was pleased to see Bub back up and running.

Unsurprisingly we see very little of the only real superhero in the Watchmen universe, Dr Manhattan. It appears Doc is/was being saved for the second half of the series. It makes sense that DC would save the big guns for later on as it’s already been made clear that Doc M’s omnipotence is the catalyst for the next reshaping of the DCU. 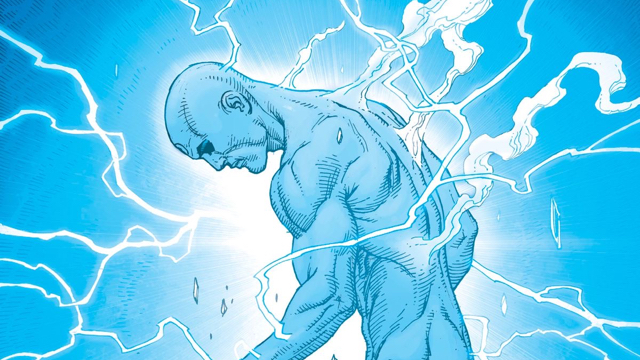 The Comedian’s in it a bit too. He’s still a proper bastard but it’s nice to see him again.

And it gets worse once the story dimension-hops to the DC side. Johns rolls out the same old faces that we see in every big DC spectacular and, to be perfectly honest, it’s incredibly dull.

I don’t think that I can articulate quite how bored of The Joker I am - it’s time to let that clown go. Similarly Lex Luthor’s constant reinvention is running thin. Yes, I can see how Luthor and Veidt might be considered mirror-images of one another but it’s just tired, uninspired comic book writing.

Jake was pretty quick to make the point that this is most definitely a DC book with some Watchmen characters wedged in. And therein lies another hefty problem - the two universes just don’t mesh. Moore’s world was a deconstruction of the superhero myth and a place where there was but one omnipotent super being. The DC universe is full of ‘em.

“This is the lift muzak version of Watchmen” — Tom

All of this is basically in service of a story that’s just designed to stuff some fo the greatest comic book characters into a world they were never meant to inhabit. I can’t help but sense a cynical, money-driven exercise, creatively bereft and devoid of any reason to exist other than to wring more money of Big Al’s legacy.

It gets precisely nowhere in trying to make the DC universe more relevant, cooler or more important.

Oh, and Doomsday Clock. DC. The clue’s in the title.