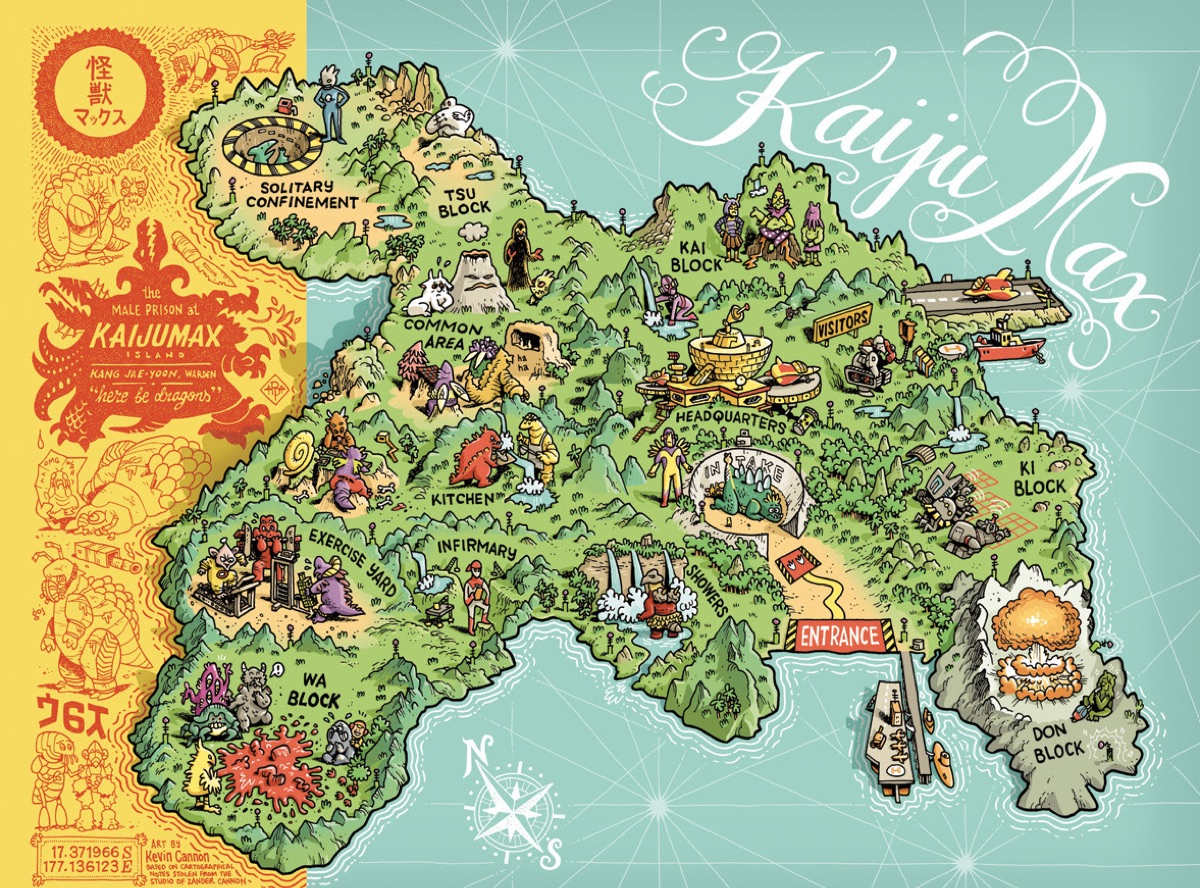 I’ll be honest with you all here…

After my first read through of KaijuMax I felt pretty damn confident I’d picked something AMAZING. I’d seen the book appear on any number of ‘books you should be reading but probably aren’t’ lists and every review I read was a glowing tribute to a masterpiece of modern comic book fiction. 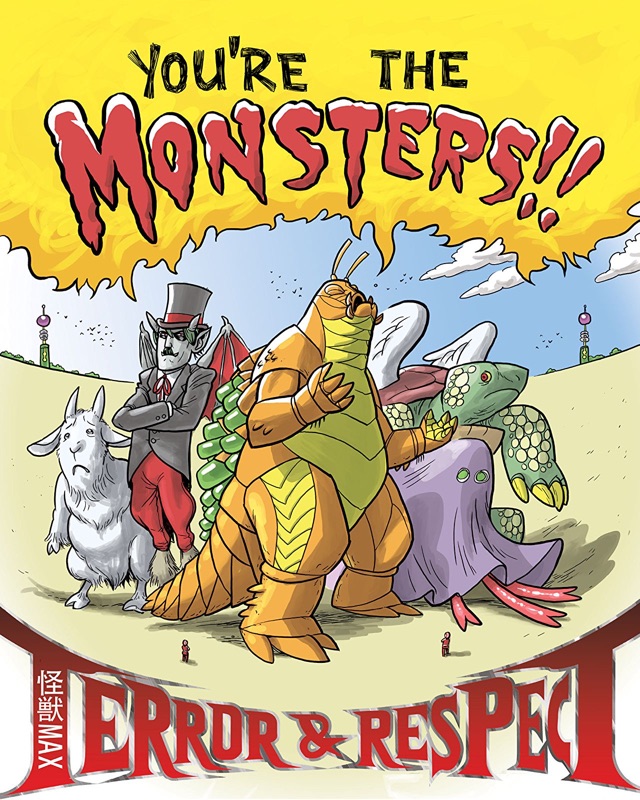 Funny how things don’t always work out how you think.

I’m not really sure how anyone could conceivably have an issue with a comic book that smashes together The Wire and Godzilla and then plays it straight, despite the fundamental ridiculousness of the whole thing.

There’s no concessions to playing nice, the main characters are pushed through (giant, tower block-sized) wringers over and over again, with the plot touching on some seriously nasty stuff.

Jake’s not a fan of prison stories and doesn’t have much history with kaiju either. This proved somewhat problematic for him and meant that he wasn’t really engaged with the whole thing at all. Tom’s foreknowledge of the big monster genre was mainly based on the awful 80s Godzilla cartoon (Die Godzookie! Die!) so didn’t have any massive expectations either way. Kelv grew up with this stuff and he knows his references off-pat. As soon as he got into the book Kelv was picking up on little hints of Ultraman et al. He was enjoying the pure nostalgia of it all.

When the giant human guard got off with the monster - how did that happen?!

So with Kelv and I loving the setup, Tom wondering when something would fart radioactive fire and set someone’s hair ablaze and Jake thinking that he had 200-odd pages of this shash to get through before it was over, my chance of 20 stars was looking decidedly shaky. 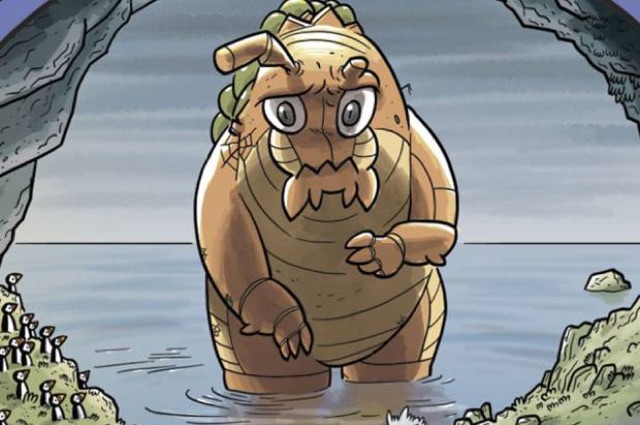 Our lead protagonist, Electrogor, is some kind of giant radioactive bug moth-man thing. He’s also a dad, imprisoned for trying to protect his young family. He’s no hardened criminal and hasn’t stomped a city in a long, long time.

But that’s the point. That’s the trope. He’s that bog-standard template archetype that serves as the audiences introduction to the nastier, darker, more evil monsters detained in KaijuMax prison. Which is a shame ‘cos he’s just so boring! We know he has to go on the usual arc of set-backs, redemption, fighting for his children etc. It’s a bit of a shame this is all so slavishly and predictably served up as something new and exciting.

Saw the cover and was immediately happy to get stuck in

As with the other aspects of KaijuMax we were all somewhat divided on our opinions of the art as well. On some pages there are rushed looking characters with sausage fingers wedged into uncomfortable, cramped and over-complex panel layouts. Then Cannon pulls out a truly magnificent splash page and, for me at least, almost every other artistic misdemeanour is forgotten.

Tom was immediately taken with the art and Kelv vibed on the colouring. Jake, on the other hand, felt the colouring was dull and boring, with it’s propensity for erring on the brown side of things. 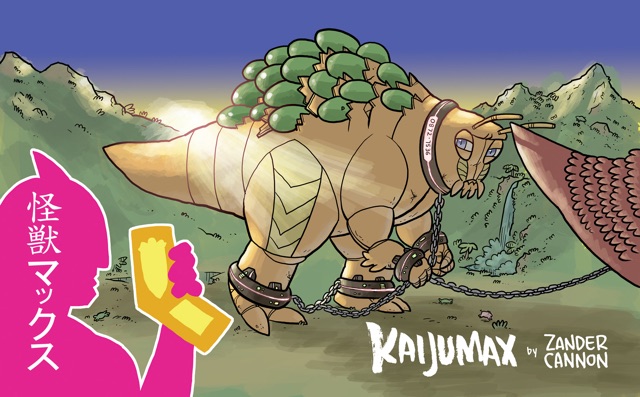 As with everything in this book, the attempt to meld gangland slang with giant monster references had mixed results. I loved ‘megafauna’ and ‘ma lizzas’ but couldn’t help but feel ‘ambergris’ was a bit of a stretch too far.

It was clear to all that this is a true labour of love by Cannon and that there’s a huge amount of effort put into each episode. Given the depth of material available, both crime and giant monster-wise, the series is likely to run and run.

I think we all agree that the rap bits are pretty weird. We’re all still struggling with the showtime section of The Last American and this might’ve pushed us over the edge! 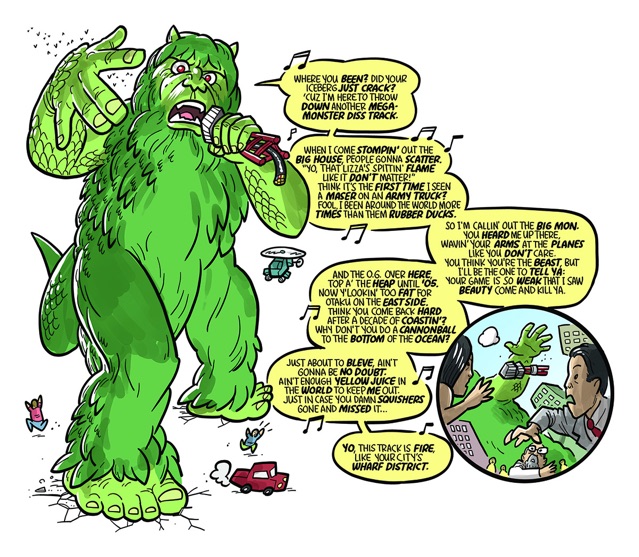 DEAR COMIC BOOK CREATORS, NO MORE COMICS WITH SONGS IN THEM PLEASE. WE DON’T LIKE THEM.