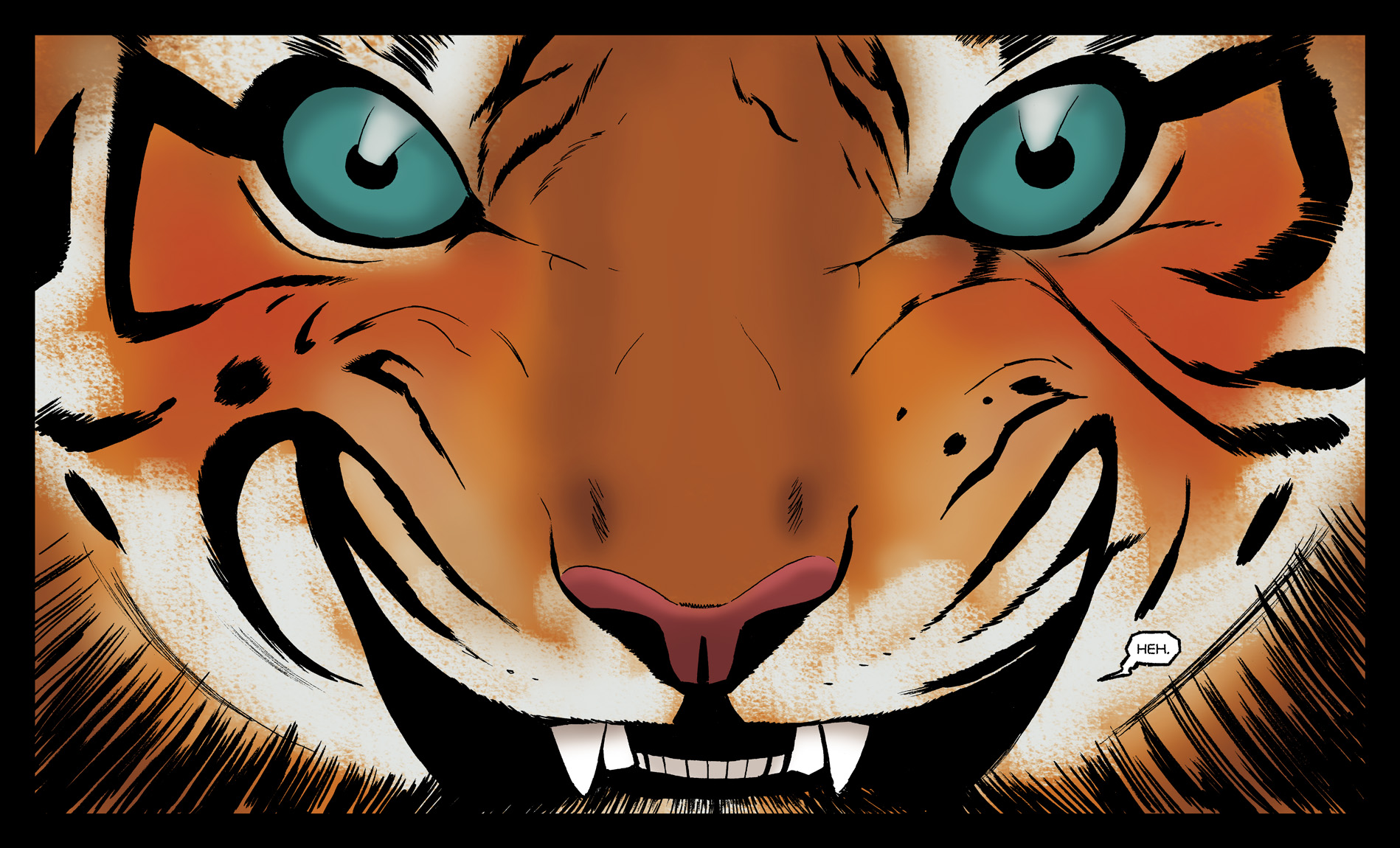 Ah, my choice again and this time I kind of copped out by choosing a book written by arguably the best modern scribe in comics, Brian K Vaughan. However, the twist with this series is that it is published as a webcomic.

BKV and his artistic partner in the venture Marcos Martin released the series as periodical downloads via a new comics portal called Panel Syndicate, where they allowed the reader to pay whatever they wanted for the book, basically giving the book away for free. However, the pair have claimed much financial success from the gamble and have now begun a second series on the website, as well as also publishing Albert Montays’ SF comic UNIVERSE. Of our group, one chose to pay nothing while two others paid an amount they would happily pay for a discounted collection on ComiXology.

Vaughan & Martin always said The Private Eye would remain a webcomic only, an ironic nod to the story’s future world where The Internet and The Cloud are no more. However, Robert Kirkman eventually convinced them to release the series in print through Image and the deal even allowed the webcomic creators to do a one-off issue of Kirkman’s own Walking Dead series on their digital platform.

This is probably the best book I have read this year. The story rips along at a tremendous pace and kept me wanting to turn the page / swipe the screen and read more.

The print edition of The Private Eye is a hardback book unusually bound in landscape format matching the layout of the strip as it appeared online. This was the format I read the book in, though I have also looked at the webcomic to compare and contrast. I personally felt the series read better digital because of the sheer number of page turn reveals BKV packs into the storyline and also the slightly awkward way the book must be held to read, with the pages sliding down slightly.

Dan was frustrated with the digital format. He doesn’t pledge very much worth to webcomics and prefers to hold his iPad portrait. His instinct was that he had been shortchanged by the apparent half pages he was looking at and he said the lettering was cock. Jake also sees little value in webcomics, but Kelvin was happy with reading on his iPad and found it akin to Sunday Funnies as far as the layout was concerned.

This is Saga slightly turned down and made into normal stuff with a weird mask on.

Although I loved it, Jake felt let down by the story. He hates PI stories like Chinatown and The Big Sleep and saw many of the genre’s tropes at play here, like plasters on character’s noses. He coined the term Neo Noir for this futuristic detective story. Dan and Kelvin both saw it as similar to Vaughan’s series Saga, where a mundane concept is presented through an utterly bonkers lens, only here it was less so and suffered as a result. Kelvin loved the story though, and wondered what went on outside the bubble of the city, beyond ocean barrier The Wonderwall.

I like the setting. It’s a dystopia but a bit safer than the one in Lazarus. I can buy this happening but it’s not such a terrible, post-apocalyptic future.

Dan said Martin’s art was Meh. Kelvin did like it thankfully, both he and I had read his stuff before on titles like Batgirl Year One, Daredevil, and Doctor Strange The Oath (a previous collaboration with Vaughan). I thought the layouts here were exquisite and something only this landscape format would allow. The drawings capture just the right moment of the action, and when you add to that the sometimes dramatic, sometimes muted but always fitting colours by Marcos’ partner Munsta Vincente the dazzlingly bizarre world is one you can study for hours. Jake compared it to Kevin O’neill in that regard and found the colour pallette reminded him of the Channel 4 series Utopia.

The Webcomic format is intrinsically worthless, were this a book on the shelf I would read it again.

Overall Dan liked the big idea but didn’t think the characters were developed properly, something I disagree with. I thought Vaughan fleshed them out at a good pace and in doing so drip-fed us facts about this future. We had conflicting opinions about PI & his assistant but all liked Grandpa. He reminded Dan of Warren Ellis’ Spider Jerusalem from Transmetropolitan, and I suspect we see something of ourselves in him as he is of our own generation in this future. He is constantly wondering why he can’t get online, and in fact both Kelvin and I wanted the villain to succeed at the end (spoilers!). Jake thought the baddie was rubbish.

I have been a little vague with the actual plot in this review as I hope readers will seek it out and experience this new world for themselves, you could even do so for free so what are you waiting for!