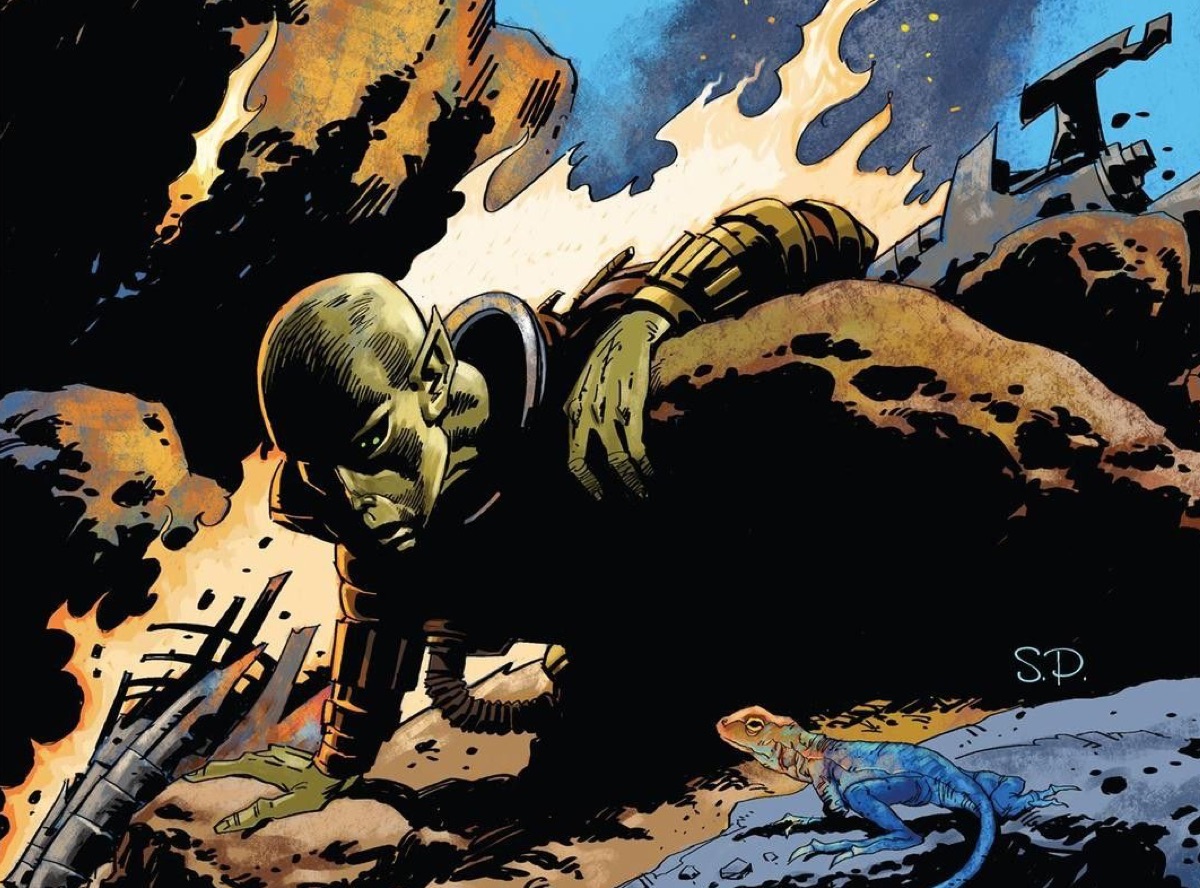 I first got wind of Resident Alien in an article by Brian K. Vaughan listing 10 comics he considers unadaptable to movies or TV. We all love Saga and BKV has pretty darned good (if rather weird) taste so I thought we could give it a bash.

A few of us had heard about the book already. Tom knew both creators as 2000ad alumni. I’d also made the 2000ad connection but my memory was foggy. I knew the name of the writer, Peter Hogan, but couldn’t recall any of his previous work. I kept confusing Steve Parkhouse with the great Jim Burns. In my addled brain their styles are very similar.

Tom reminded me that Parkhouse was responsible for the art on Big Dave, a notorious story that run during the abortive 2000ad ‘relaunch’ in the 90s.

I remembered hating Big Dave with a passion which didn’t bode well for Resident Alien. For once, Kelv had read the book as soon as it had arrived. Apparently his first thought upon breezing through it was “Dan’s not going to like this”. Given it was my pick, things looked bleak…

All in all, first impressions were lukewarm simply due to the lack of… oomph. As a book, it’s fairly unassuming. The cover is straight out of the 90s and the logo a horrific mash-up of bad sci-fi and acid house type which is best forgotten altogether.

But get past the painfully dated cover and Resident Alien starts to become a bit more interesting. The main character, the titular Resident Alien, is as far away from the standard warrior badass as you can get. For the majority of the book he’s content to stay away from anything that looks remotely like trouble, using his superior technology and psychic abilities to pass as human.

And, to be honest, not much more than that actually happens. There’s a pretty thin murder mystery but that serves little purpose, aside from being the deus ex machine to force Harry, our friendly alien, into the community as a replacement doctor. The rest of the story tapers out over the course of the 4 issues, turning into a set of vignettes that introduce us to the other townsfolk. These characters are drawn in pretty broad strokes, fitting the usual stereotypes and clichés found in quirkier American TV dramas like Northern Exposure, Gilmore Girls and the more sedate episodes of Twin Peaks. 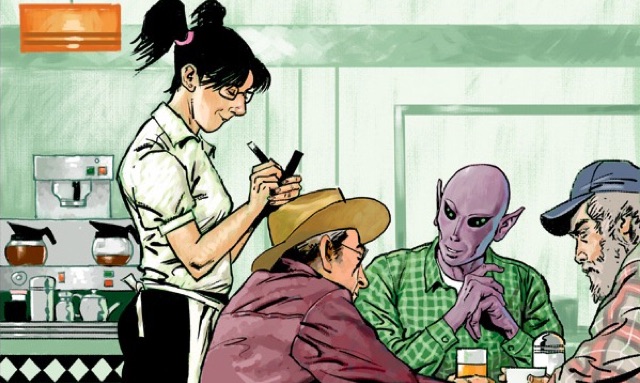 In fact, we all felt that the book was an exercise in comfort reading. There’s precious little jeopardy anywhere in the story and any lurking threat (Where will the murdered strike next? What if they discover I’m an alien?) is smoothed over with a large dose of well-meaning whimsy.

This is certainly not a book to get your heart pumping. Maybe that’s a good thing every once in a while. 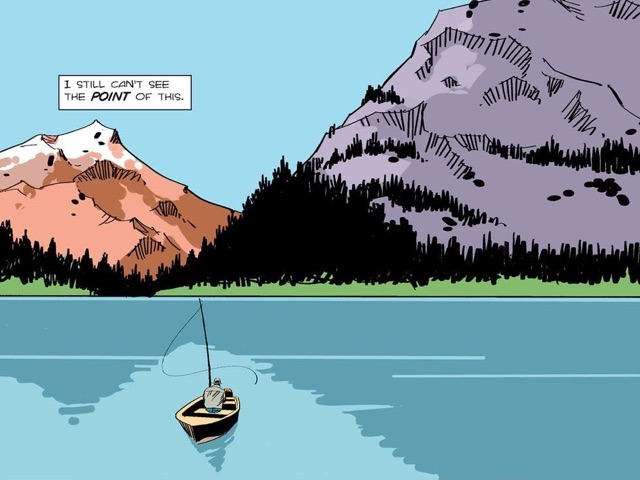 This sense of gentleness is well-served by Steve Parkhouse’s slightly cartoony art. Despite his habit of drawing rather bulbous noses on everyone, the art is clean, easy to follow and flows nicely from panel to panel. Kelv thought the art reminded him of Lee Weeks and his work on Captain America. Jake liked the art too and confirmed that it became bolder and more confident in later volumes.

Hogan and Parkhouse are masters of what they do. Is that over-egging it?

Jake and Tom both went on to read beyond this first volume, electing to go digital as they were considerably cheaper than the trades. Although Tom thought he might be getting to the limits of his interest a few books down the line, Jake is still enjoying Harry’s ongoing adventures. Kelv’s happy to hold on to his copy and might read some more if he ever finds the time between Batman.

Me? I’ve read it once and I think that’s probably enough. However, I do still see that logo in my nightmares every now and then :-)