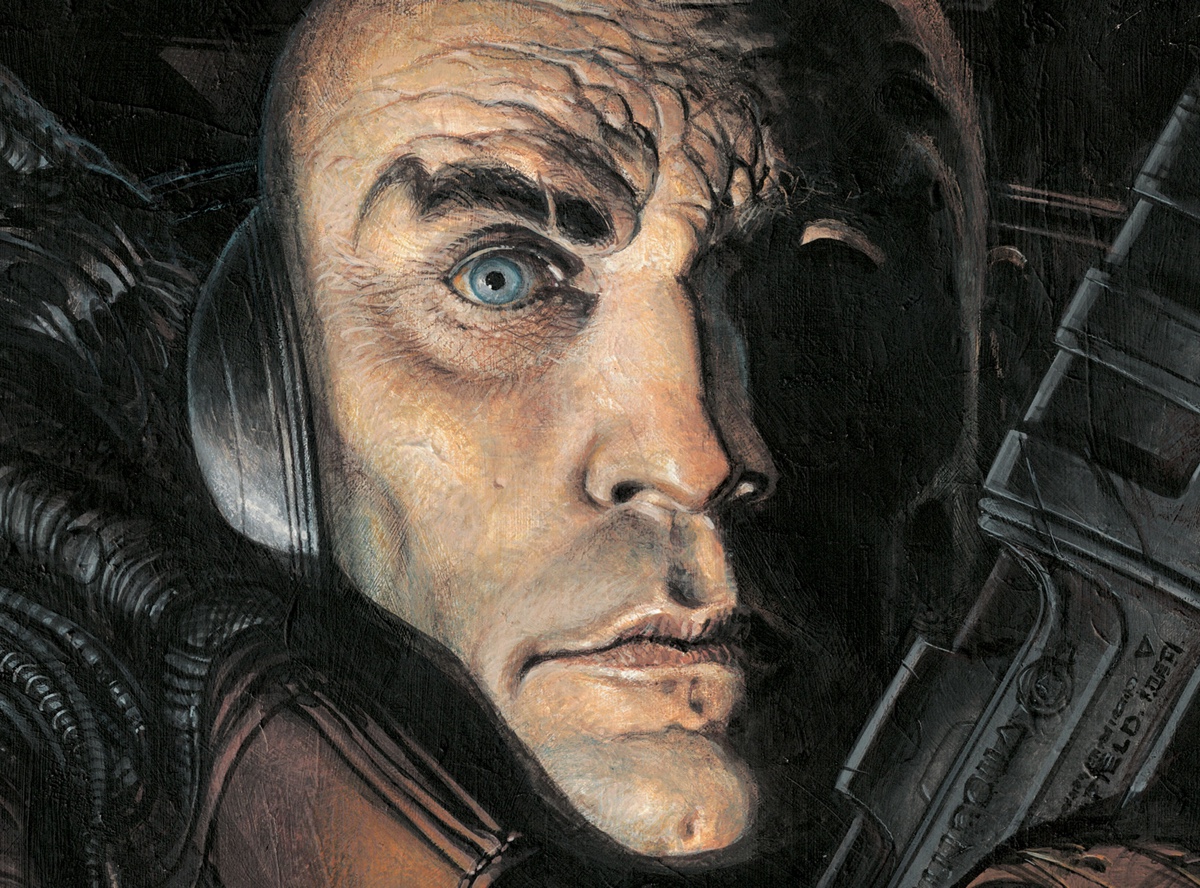 The Metabarons is something of an enigma. Spinning out a single character from one of the greatest works of comic fiction, The Incal, and creating an epic story spanning 100s of years seems like a risky thing to do.

Luckily the author of The Metabarons (and of The Incal), Alexander Jodorowsky, is nuts enough to give it all a real bash. With able assistance on art duties from Argentinian artist Juan Giménez, the duo have crafted a bizarre, sprawling epic that’s part Greek tragedy, part Dune, part Heavy Metal magazine and 100% operatic space weirdness. 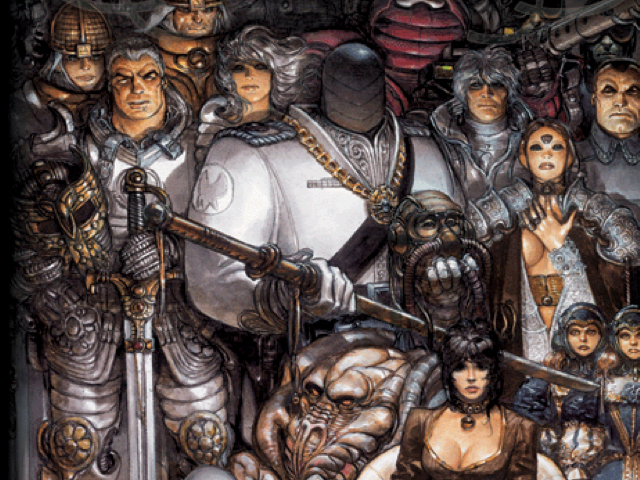 Once again my Comic Book Club choice was inspired by ‘something I read on Twitter’, this time from the Batman screenwriter David Goyer. Can I find that tweet? Can I b*****ks. But it did happen. Honest.

Anyway, Mr Goyer has written a gushing introduction to The Metabarons hardback volume which should give you an idea of why I thought this might be interesting:

The Metabarons is truly passion writ large… and is, to my mind, the greatest work of graphic fiction ever produced – David Goyer

Er, that might be pushing it a bit far Dave. But we’ll take a look and get back to you.

Note: Although we were supposed to be reviewing just the 1st volume of The Metabarons all four of us opted to purchase the hardback Humanoids edition containing all 8 volumes (and more). The book itself is lush and everyone’s glad they opted to go ‘real life’ over the cheaper digital editions.

I opened with a broad comment about how much the Metabarons wanted to reference Greek tragedies. I mentioned that the tome itself felt epic (in length and duration) to which Jake pointed out that most Greek tragedies are pretty short in page length. Damn your classical training Jake :-)

As expected, it was pretty pervy and explored some rather complex, challenging themes over its 500 or so pages.

Jodorowsky is not afraid to casually toss in rape, incest, child-dismemberment, casual planetary genocide and torture with his already heady mix of ham-fisted political and social allegories and swashbuckling sci-fi clichés. His cohort Giménez is more than happy to render it all in highly-detailed painted art.

All in all it felt like a book that was squarely pitched at overly-hormonal 14yr old boys.

To be honest I don’t think Jodorowsky was aiming that low. I think he thought he was writing a literary masterpiece” – Jake 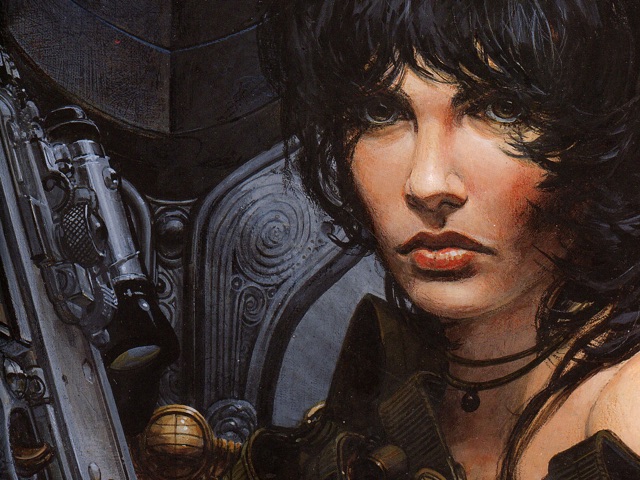 Kelv felt that the treatment of women throughout was very unpleasant, with them often reduced to minimally-clad ciphers or objects to be disfigured, remodelled or just used to further the story and the Metabaron bloodline. However, despite all our objections to the grating sexism on display most of us were rather taken with the depth of the story itself, drawn in to an epic narrative about the ongoing lineage of the Metabarons.

It’s so bad it is really quite good – Kelvin

Tom and Jake felt that the story might well have felt a bit more… epic had we read it in its original form (8 volumes released over the course of 12 or so years). Things do get a bit confusing and it’s easy to lose track of motives, origins and relationships as Jodorowsky merrily smushes characters together or erases them on a whim.

Although Jake wasn’t completely sold on the story, his interest in the universe and lore surrounding the Metabarons was piqued enough to read The Incal, which features the first appearance of the Metabaron character. 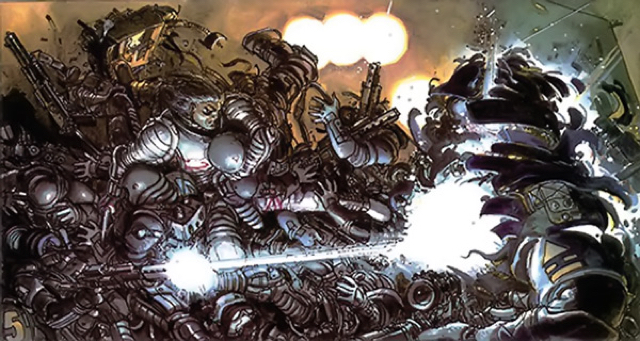 You write it, I’ll paint it

The art came in for some high praise across the board, with Tom identifying a very modern cinematic teal and orange palette. Giménez does a fine job throughout and the book looks gorgeous although the art does swerve into 80s Metal Hurlant territory with busty space-wenches and phallic spaceships aplenty.

There’s no shying away from depictions of some genuinely shocking imagery including the decapitation of an infant via psychic beam. 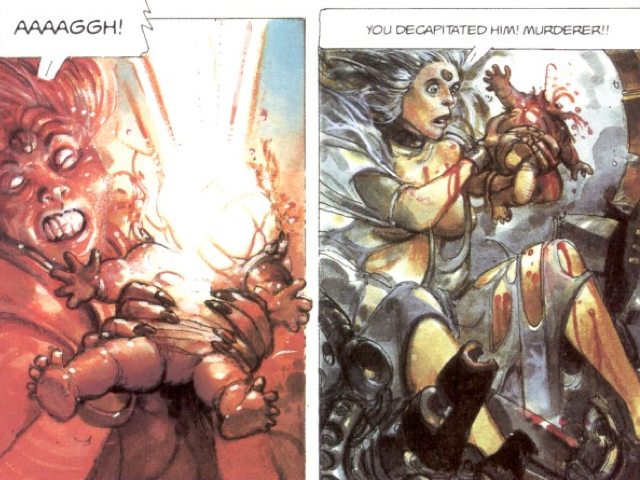 I struggled to put into words exactly how I felt about the event above. The best summary I’ve found so far was by Konstantine Paradias on his Shapescapes blog. I’ve made some small edits to the orginal quote to avoid spoilers:

I’m slightly ashamed to admit that the 14yr old boy in me loved it, whereas the grown up me felt a bit sad and seedy.

Eager for more paleo-insanity? Intrigued by techno-techno and concrete seagulls? There’s only one place you can go after The Metabarons and that, ironically, is back to the beginning.