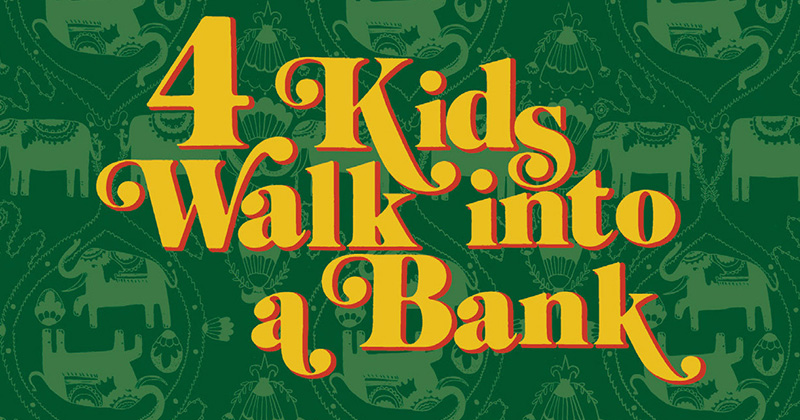 It had much promise: a set of well-designed covers, an excellent score on goodreads and a collection of respected writer’s quotes. Sadly, while BKV said “Exploding with ambition and love of the medium”, Rosenberg and Boss’ ambition sadly failed in the execution. 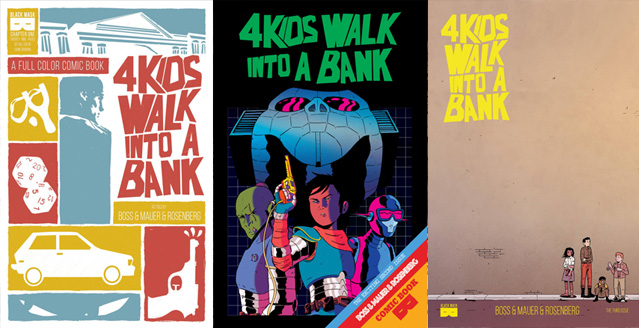 Having grown up in the 80s, all three of us have a background in the culture being referenced in this book. We like D&D, we like video games, we like OTT action movies. But right now there’s a proliferation of this stuff in the media; superhero movies are being set in the past for the retro-factor, tv shows are aping the horror tropes of the video nasty and certain writers who have already been mentioned are also drawing on the era and doing it much better. That’s the key sadly: we thought this was a bad comic.

Jake specifically called out the writing of the lead character Paige, a “12 year old girl” who speaks and acts in no way like one. Our group are all fathers to daughters and felt we all knew how a girl would act! By the end of the book she wasn’t even drawn as a girl, and Dan complained that the skin tones used were salmon pink. 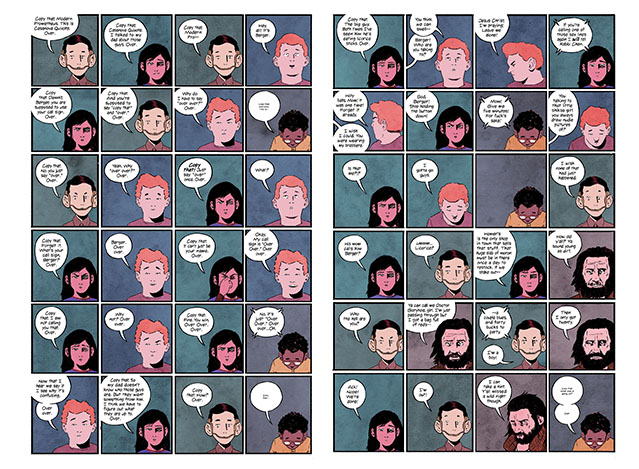 The other 3 kids are rounded out in a typical stereotype fashion although Jake said they had doubled up on geeks. We found the antagonists weird plus the joke of the very little mentioned foreign exchange student just came across as racist.

As I said the creators were clearly were trying to do something clever and each issue is structured with a fantasy sequence at the beginning. But it comes across as very trying. Dan was bothered by the use of facsimiles to real things: “Flight Attendant Roxy” and “Man Him”. He pointed out that in Quentin clear-influence Tarentino’s Reservoir Dogs the side conversation is actually about Madonna. 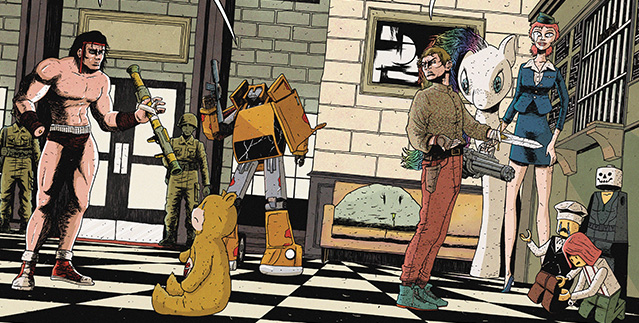 Even the book itself makes a joke of the fact its half way done before we see “The fucking bank. Finally!” but we were all well over it already by that point. The action ramps up in the final issue and caught us off guard but we felt it was an ill-advised ending, and the final pages were once again badly executed.

I don’t recommend this book at all. Tyler Boss tries his hand at aping Chris Ware’s layouts in places and mostly has an art style reminiscent of Batman: Year One era David Mazzucchelli, but he’s got a long way to go yet. And that’s also a point worth making: this is actually what began as a college project. From what I have heard publishers Black Mask Studios seem less interested in providing editorial guidance and more in simply giving a platform for new creator-owned products. In this case we thought a bit of a helping hand might have gone a long way to moulding the book into a more satisfying finished piece.

Despite our opinions, Rosenberg has gone on to write for Marvel and Tyler Boss has work at both Image and Archie. It’s quite likely they both look back at this book as “something they once did”. For me, it’s “something I once read”.

Tries to walk the line between homage, pastiche and satire but fails to recognise when it’s turned into a circle and tipped over. The coda was bollocks. Have these creators spoken to anyone real recently?
-Dan ⭐⭐

If this book had a really good editor it might have worked. Kids robbing a bank would have worked but this doesn’t. It’s a missed opportunity.
-Jake ⭐⭐