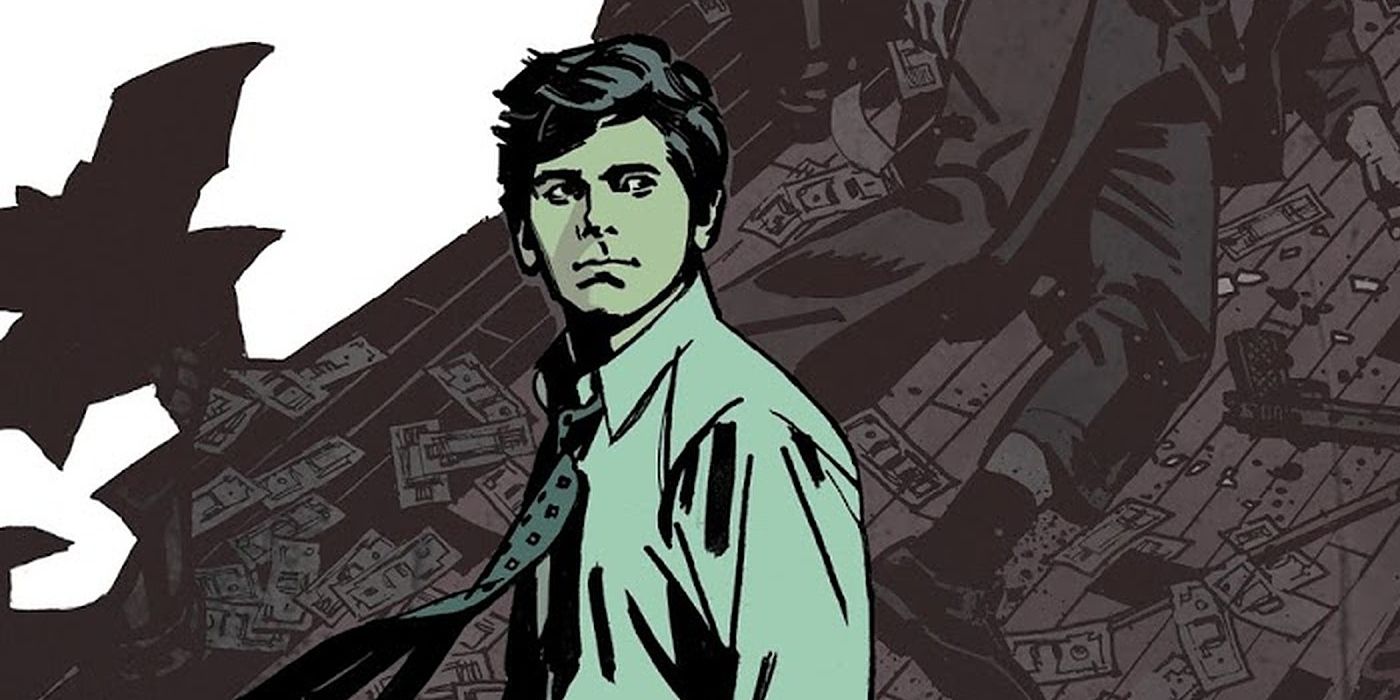 In tribute to John Paul Leon I picked this rather strange tale of Batman. I expected to at the very least enjoy JPL’s great art, and was optimistic that we’d also get an enjoyably original Batman tale.

I have to confess, I have no idea when this meetup occurred nor do I have much recollection of what was said. I’ve scanned through my notes and have been able to glean that essentially we were all finding it a bit of a drudge to read. And I totally concur.

When hit with difficult, cursive handwritten styled lettering in dense blocks of text as someone who is currently reluctant to read anything I just shut the book. It wasn’t the font, as I’d been practising calligraphy, but the blocks and blocks and blocks to grok. It turns out the rest of the gang felt the friction too. 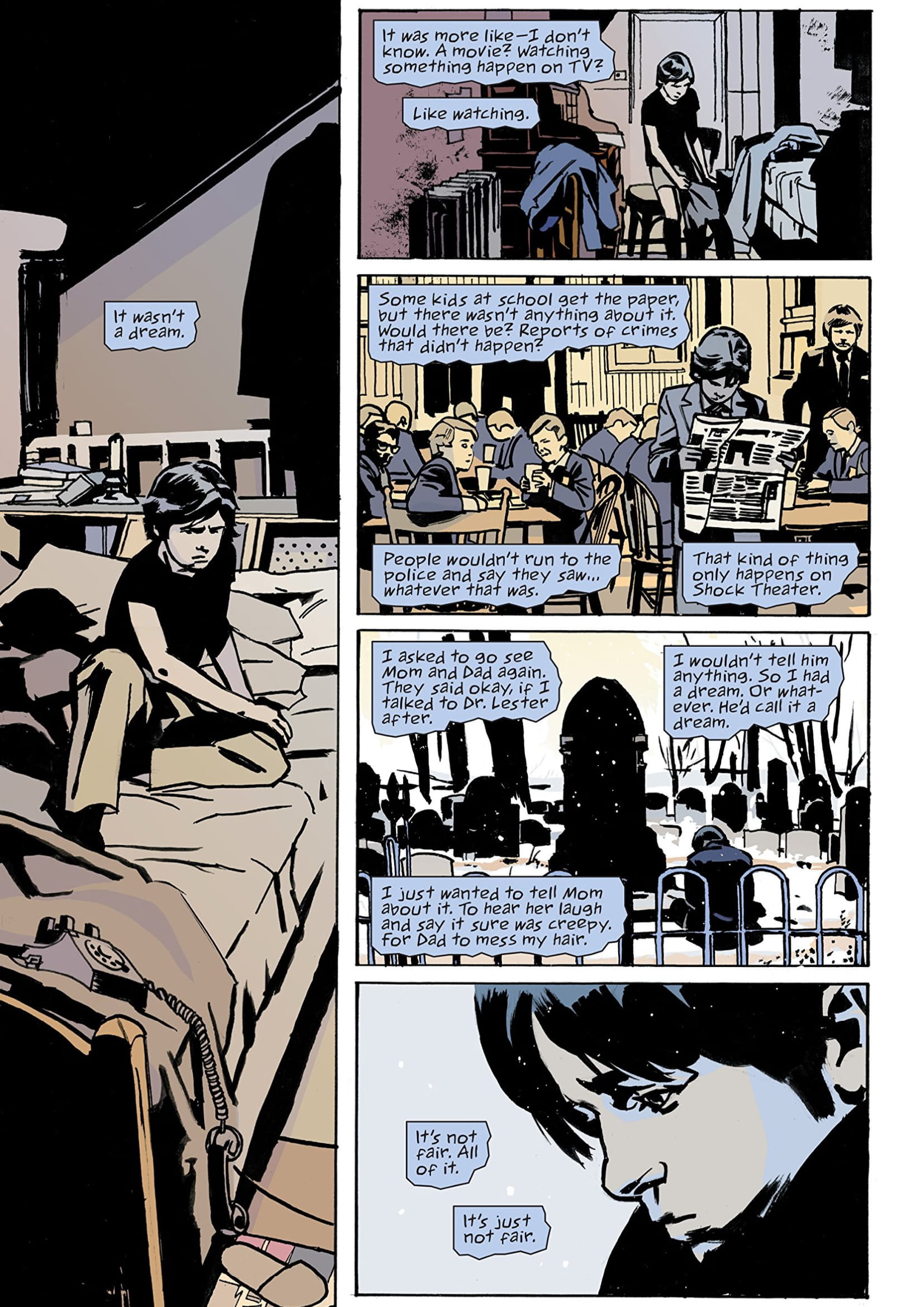 But ok, the story’s going to be good right? Kurt Busiek? He can write? Ooh this Batman is bonkers and… some kind of ghost avatar of Bruce’s splintered mind?

That could and should have been an interesting proposition but it turned out to be rather hokey.

And I don’t really have much to say on it. It’s taken me months and months to get round to writing this up but I really struggled. I can’t describe how ho-hum the story and dialogue is. But the artwork, if you’re a JPL fan, is good. There are some lush panels. They’re dark, oppressive and melancholic. 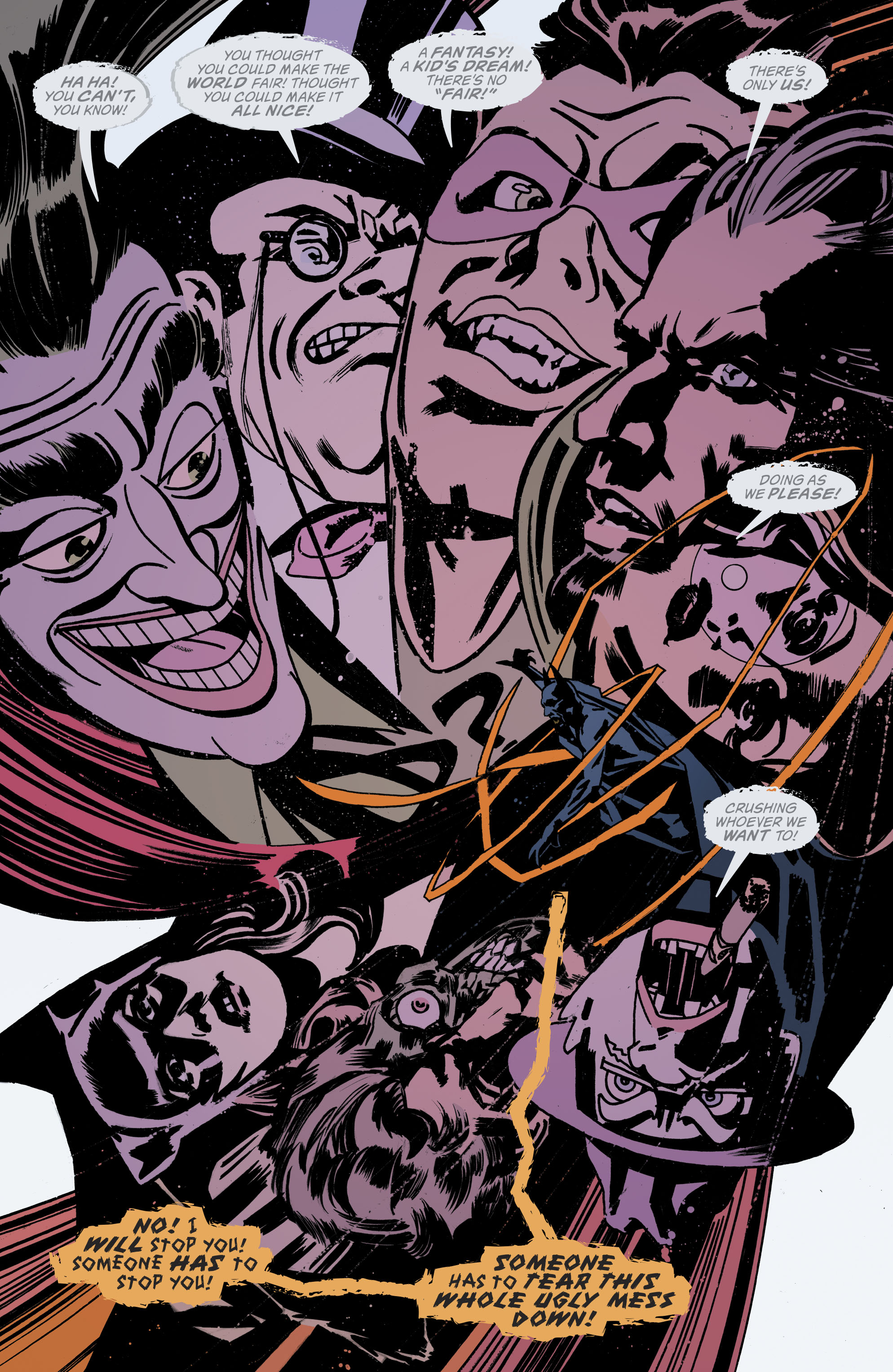 Some of the more fun moments were when JPL depicts from a specific Batman era. From Golden, Silver, Bronze and modern. The others hated the muted colours. I felt it suited the mood. Overall we felt disappointed in pretty much the same ways. And we all gave it 3 out of 5 stars each. Which means “meh”. 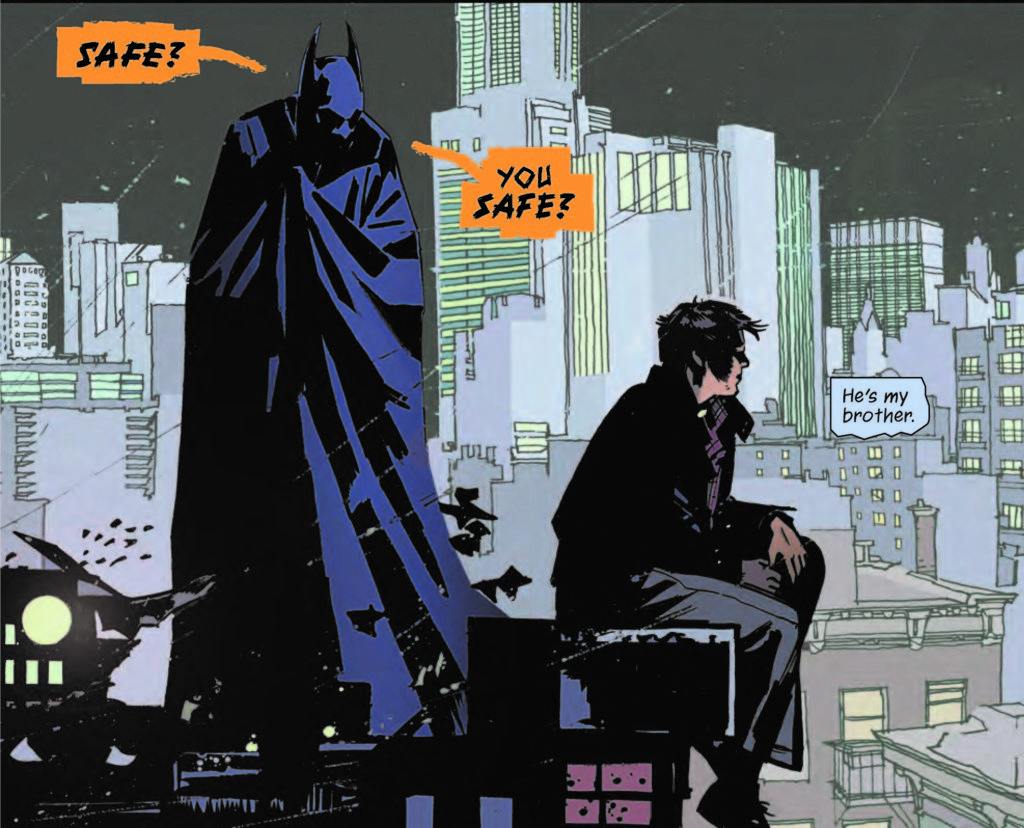