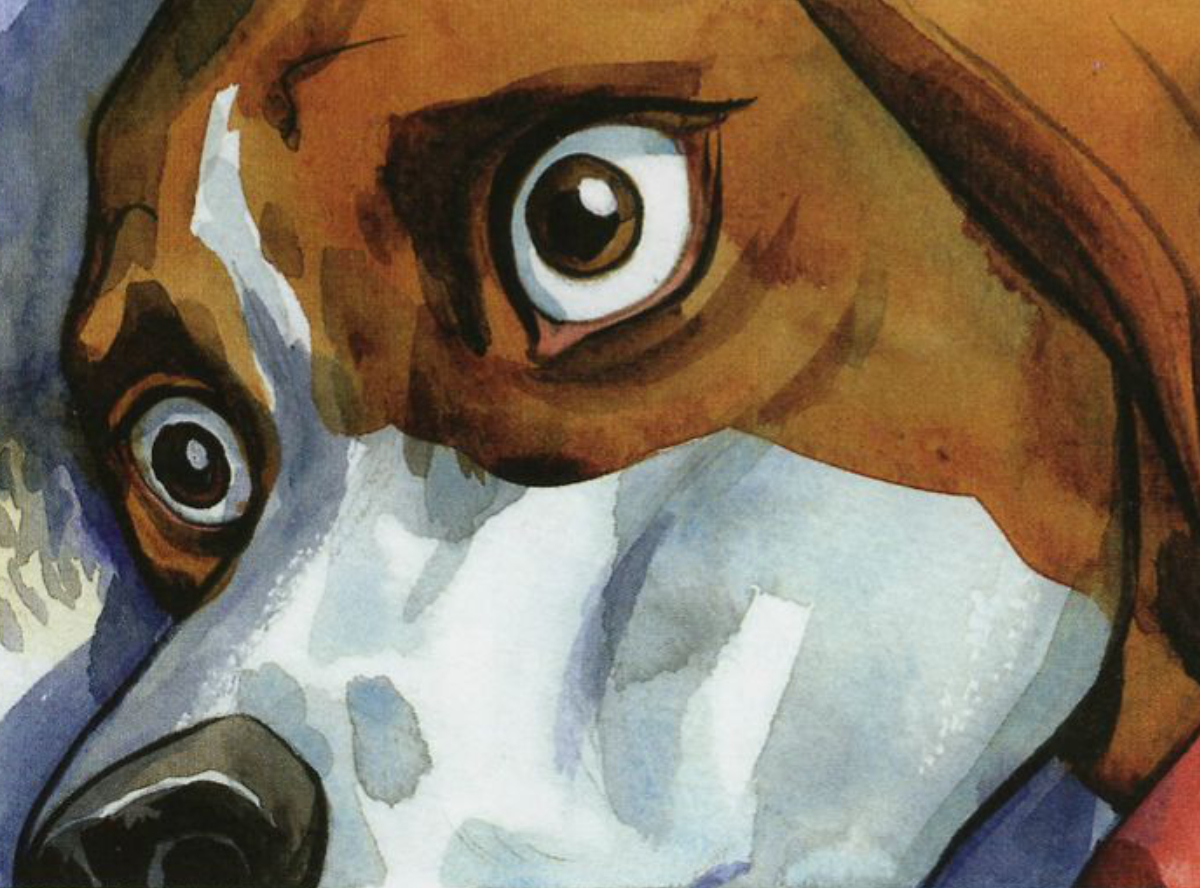 Another talking animal book Dan? Yup. Get over it.

Once again, we’re back on the realms of me trying to find new CBC picks from random internet lists of ‘The 17 best comic books you’ve never heard of’. Beasts of Burden came up a few times and the premise sounded intriguing. I was never going to turn down the opportunity to read a mashup of Lassie and the X-Files.

We’ll come back to it a bit later. Skip to the end if you just want to know about that. 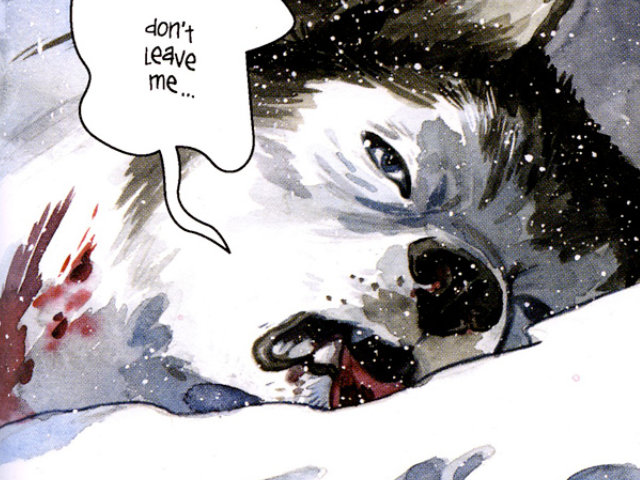 It’s written by Evan Dorkin and illustrated by Jill Thompson. I’d heard of Dorkin’s Milk & cheese but never read it as it looked too… cartoony for my particular tastes. Tom had the same vague recollection as I about M&C ads in the back of 90s Dark Horse books. Jake had never heard of the guy or anything to do with a talking milk carton and a block of sentient Gouda. That’s probably for the best.

Jill Thompson is most well-known for her work on Neil Gaiman’s epic Sandman series. Jake wasn’t a fan of Thompson’s line-led Sandman stuff and cam in with fairly low expectations. Tom and I knew the name but couldn’t really conjure up any real opinion one way or another.

So it was a genuine pleasure to discover that Thompson’s art in BoB is really rather lovely. Her dreamily watercolour panels capture the essential daftness of the books premise while still maintaining a sense of unexpected gravitas. The animals - dogs, cats and others - are beautifully portrayed, treading a fine line between photo realism and subtle cartooning. 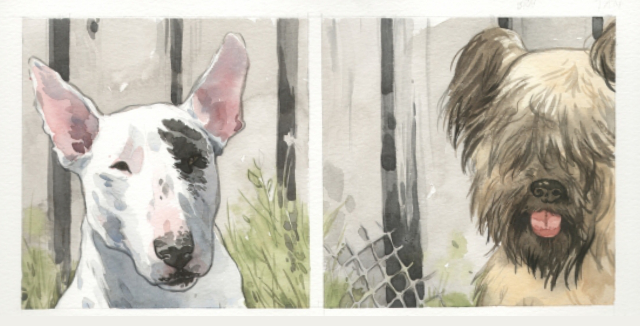 The few human’s that appear in the book don’t fare quite so well under Thompson’s brush - they often feel rushed and just a bit… wonky. However the focus of this book are the animals and it’s there that Thompson’s art shines.

Hits the sweet spot between hyper-real and cartoony

Dorkin’s stories that underpin the visual spectacle has its moments too. Both Jake and Tom felt that it dragged a little at the start. Jake complained of an overly wordy first few pages giving him ‘the fear’ for the rest of the volume. However, once issue one’s mcguffin is revealed things quickly pick up and the volume rattles along nicely.

Or should that be ‘nastily’? For a book that feels like it should/would sit squarely on the YA shelves Beasts of Burden goes to some pretty dark places. Of particular note are a pack of zombified dogs, rendered in disgusting detail. For Tom, these undead canines played on his childhood fear of dogs and made this chapter a bit tricky to get through. 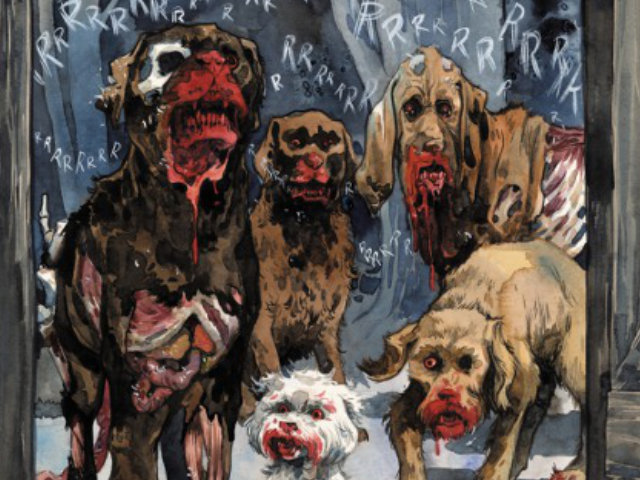 Jake referred to the structure as following a ‘storybook’ approach - short, sharp chunks of story with bite. The formulaic approach of intro, setup, investigation, twist and denouement felt right given the intended audience and established themes. The shocks and twists were genuine and (mostly) earned which made all three of us old dogs happy.

Still, just like the A-team, nothing stays dead in the world of BoB. Our various protagonists frequently appear to have been sent to the great kennel in the sky only for it to be later revealed they somehow survived. Nothing is permanent in Beasts of Burden. Nothing really sticks.

Or maybe it does. I think it’s about time I talk about that panel.

I stared at this beautiful, horrifying image for a good 5 minutes. It genuinely stopped me in my tracks. Dead. I love it and hate it at the same time.

It was, is, a genuinely astonishing piece of art that gives me pause every time I think about it. The first time I saw it I had to gather my thoughts of the floor before I could move on through the book. That’s quite an achievement in a pulpy funny-book about talking animal detectives.

I don’t believe either Tom or Jake had quite as strong a reaction to it as I but they were both struck by the power and elegance of Thompson’s execution.