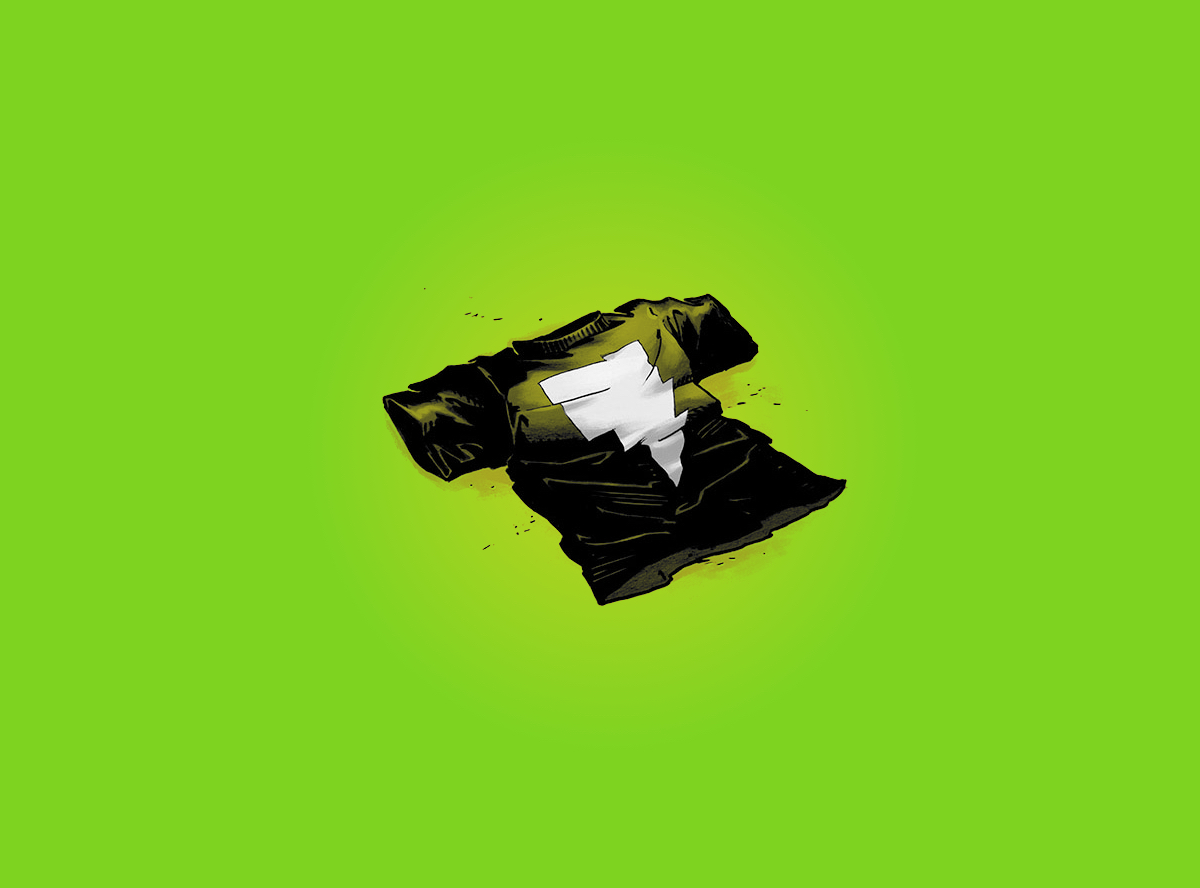 Like a fair few of my comic book reading brethren, my first experience of Matt Wagner’s work was through his epic Grendel saga.

The ever-changing rota of artists, including Wagner himself, lent Grendel an unpredictable, underground aesthetic that veered from precise black and white to day-glo 80s futurism and dark, disturbing surrealism.

It was while reading Grendel, first published by Comico and later by Dark Horse, I saw that Wagner had another long-term project simmering away on a back-burner. Ads in the back of my Grendel monthlies had some bloke in a neat lightning icon t-shirt waving what looked like a glowing, magical baseball bat. The book was called Mage. I was curious, and that t-shirt was awesome, but not enough to follow it up. As the years passed I continued to hear bits about Mage, often couched in glowing terms like ‘a masterpiece’ and ‘the single greatest comic book about magic baseball bats ever printed’.

I figured I’d probably give it a go sooner or later. It took 20 years but here we are. 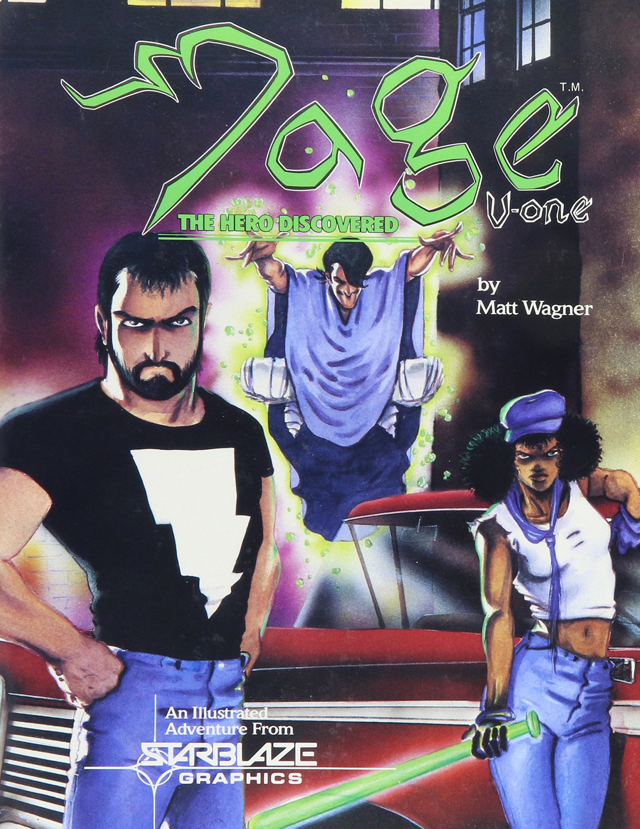 Not really knowing what I was buying into I ended up with a couple of rather garish and cheaply printed US collections sourced from EBay. This may have been a shrewd fiscal decision on my part but the overall quality was pretty shabby. They smell like the 90s too…

Tom actually had the whole run of single issues re-printed by Image in the early 00s. They weren’t the best quality, printed on stiff, crunchy paper and oddly bound. They were also digitally re-coloured using a sharper, more acid palette than the originals.

Jake had never heard of Mage before and hedged his bets by going digital. His digital versions fell somewhere inbetween Tom’s gaudy 00s floppies and my shiny 90s softback volumes.

So, I open up the first volume, take an involuntary mouthful of air and think:

I was really rather broadsided by how loose, scruffy and unpolished Wagner’s art is in Mage. It’s clear that this is right at the very start of his comics career and that, although obviously talented, he’s still finding his way with composition and pacing.

Tom was onboard with the raw styling but bemoaned the dodgy digital colouring in his reprint editions. The cheap shiny paper in my collections exacerbated some rather eccentric colouring decisions in the earlier versions too. Jake wasn’t too fussed either way. The art style seemed vaguely familiar and he really enjoyed the expressive hand lettering throughout.

The story itself is a bizarre mash-up of Arthurian myth and blue collar Americanisms. While fairytale whimsy isn’t really my thing, I’m a sucker for people smacking trolls with magically-imbued sports equipment so I tried to get on board with it. The disparate pieces didn’t quite come together for Jake - the fantastical parts sitting too jarringly at odds with the grittier real world elements.

There’s also a heck of a lot of exposition gumming up what should be a relatively simple story. Wagner tries to flesh out his characters beyond their clichéd fairytale roots but it doesn’t quite get there. Where a more experienced storyteller might have made something more dynamic, Mage starts to drag and never quite escapes its own self-importance.

Aside from the main protagonist - Kev Matchstick - a couple of the supporting characters drew mixed opinions. Tom and I found Mirth, the magical hippyesque Merlin-figure, excruciatingly annoying in his language, mannerisms and general smugness. Jake was a little kinder, citing Mirth as the only thing actually pushing Matchstick onwards towards some kind of character development. 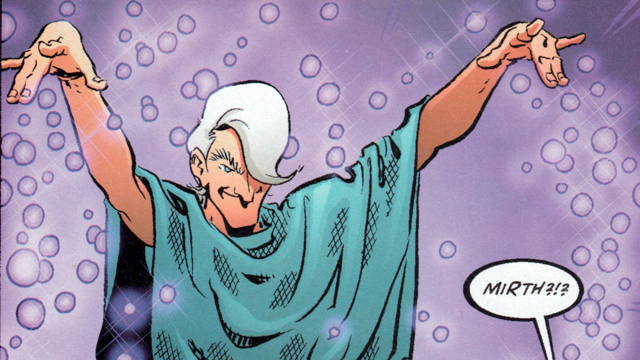 Kev’s ‘Foxy Brown’ blaxploitation sidekick Edsel, the initial wielder of the magical baseball bat, comes across as a clumsy anachronism and rather out of place in this day and age.

Who is Kevin Matchstick?

And what of Kevin, the titular Mage himself? It’s been suggested that Mage is intentionally autobiographical and that Kevin is, to all extents and purposes, Matt Wagner. They certainly look alike. 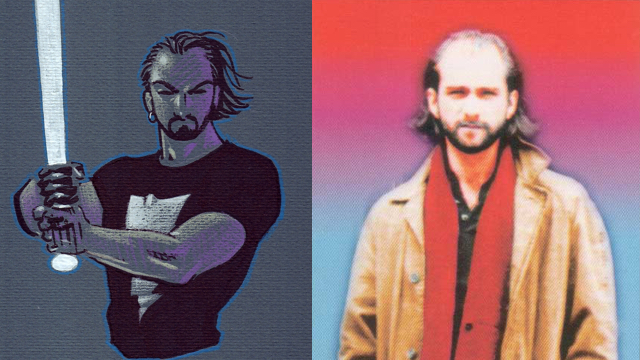 It’s hard to shake the feeling that Mage is just Matt Wagner’s life with some added Pendragon. Jake really couldn’t warm to Kevin, finding him an unpleasant character who acts like a spoilt teenager throughout. Lets hope Jake and Matt never meet in person.

Rounding it all up there’s a seriously weird bit at the end of volume 1 where Kev confesses to Mirth that he killed a dog. It’s an uncomfortably personal anecdote that feels like a genuinely guilty confession used as a narrative device. Given the autobiographical nature of Mage it leads me to wonder whether Wagner actually did kill his own dog.