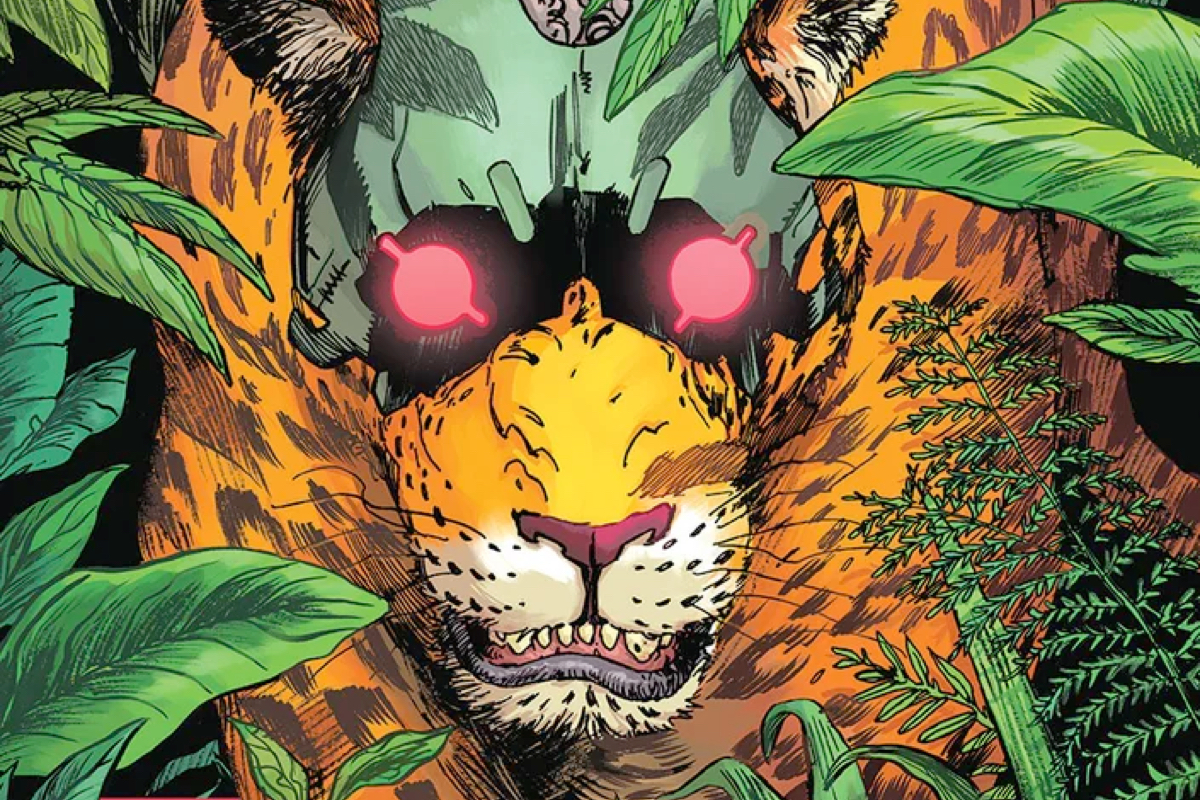 Manu is most definitely an ‘indie’ book.

From the dinky but lovely A6 format, to the ‘direct from creator’ purchase path and the personalised salutations inside the cover, Manu (and its sibling books Lima and Trujillo) screams ‘self-published passion project’.

For some unknown reason I don’t usually buy indies. In the old days - late 80s, early 90s - I may have felt the thrill of rebellion, like I was pushing back against ‘the big two’, by buying books from Dark Horse, Image and Comico. But those were never real indie books, however exciting the idea of ‘creator owned’ seemed at the time. I just wasn’t ever one for titles and publishers that were more… rough around the edges, a little weirder than my standard tastes.

To be honest, I haven’t changed much over the years. My pull-list is pretty much all Image (who’d have thought it!) and the odd edge-case Marvel or DC books. I’m a creature of fairly dull and predictable habit.

Manu started as an interesting curve ball to throw to my fellow Comic Book Clubbers. I originally planned to pick Dracula Motherfucker - yet another Image book! - but there was a nagging suspicion in the back of my mind that the rest of the crew almost expected me to pick it, probably due to its delightfully sweary title. So I didn’t.

I’d inadvertantly stumbled on the Kickstarter for the sequel to Manu, Puno a few days earlier. The Kickstarter had a few weeks left to run but the creator, Gustavo (Gustaffo?) Vargas, had already self-published a number of books in his cool-looking Aztec-flavoured cyberpunk universe. What the heck, we’ll read those instead!

The easiest way to get hold of his books - Manu and two previous books; Trujillo and Lima - was direct from Mr Vargas’ website. I was only intending to buy Manu, but when I realised I could grab a bundle of all three books for under £15 it seemed like too good a bargain to turn down. And all the money went directly to the creator, which felt pretty good.

Tom is a little more au fait with the indie world and he leapt straight in snapping up all 3 books. Jake followed suit but went for the digital bundle instead. Kelvin also grabbed hard copies which arrived just in time for the meet-up after a slight shipping mixup. He got a free artist’s sketchbook out of it so there wasn’t much to complain about there!

The rule of three

So we all had the same three books. However, it appears we’d all formed very different ideas about the order in which we should read them.

Kelv started with Manu as it clearly states ‘Volume 1’ on the cover. He was initially intrigued by the premise and was excited to get stuck in. 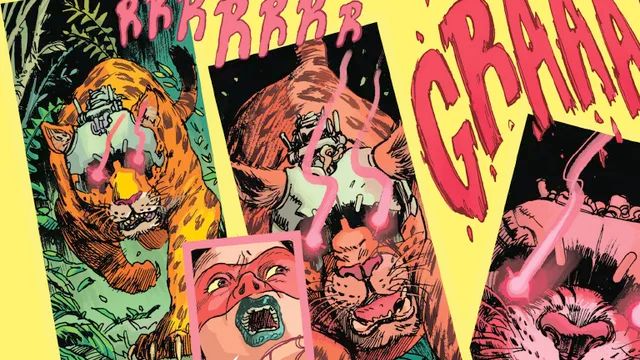 “When they all started talking it went downhill from there”
Kelvin

Unfortunately Kelv found himself struggling with some stilted and unnatural ‘Hardboiled’ language that kept breaking his flow. The art was cool, the setting was full of potential but he just couldn’t find a connection with any of the characters.

So he moved on to Lima and happily Kelv immediately had a better experience. The story made more sense, the art was just as kinetic and visually appealing but the writing felt smoother and more accomplished. Even so Kelv still couldn’t completely figure out what was going on in the story but that mattered less now he wasn’t fighting with the dialogue.

And finally Kelv gave Trujillo a go. Sadly he gave up pretty quickly on this one and didn’t make it all the way through. It just didn’t click for him.

“A lovely bit of self-publishing. Love the format”

Tom also read the books in what I am now calling the ‘Kelvin sequence’:

Happily Tom’s experience with these books was more positive, taking the non-linear nature of the reading sequence as a narrative structure akin to movies like Pulp Fiction, where time is jumbled about and flashbacks fill in details at a later date.

“Has everyone read these in a totally different order?”
Tom

Tom was the first, but not the last, to pick up on the 2000ad-ness of the setting, art and writing. It definitely feels like all three books might’ve been written with an 8-page episodic structure in mind. They’d look right at home in a prog nestled between Dredd and Strontium Dog. 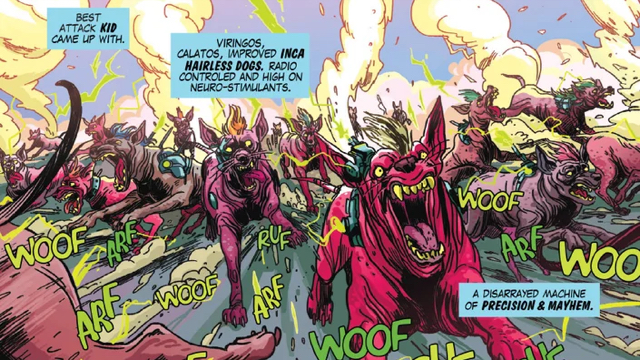 Tom had fewer issues with story and dialogue than Kelv, relishing the hard-edged, profanity-laden back and forth between the various protagonists. He too felt like Trujillo was the weakest of the three books. Tom appreciated how each book introduced characters and concepts that are revisited and expanded upon in the other volumes. He could definitely see some fascinating world-building going on and the potential for really crazy, weird sci-fi action in the upcoming books.

“I’m really rooting for the guy as a creator. Really happy to have found him!”

Jake completely disregarded the Kelvin sequence. He started with Lima, then moved on to Manu and finally finished up with Trujillo.

He too was immediately taken with the world building and loved Lima’s pacey, exciting street-level first act. He thought the violence was particularly shocking and found some of the cinematic ‘tricks’ employed later on in the book to be particularly effective.

“Loved the smash cut to the torture scene”
Jake

At the end of Lima Jake’s hopes were high. Moving on to Manu he couldn’t hide his disappointment - tonally it felt like a totally different book! Jake made it part way through before he realised that the two books were connected. Although the threads were a little clearer he felt as though things had jumped a little too far forward. He wasn’t interested in the distant, damaged girl from Lima - he wanted more techno-street-gods, corporate espionage and cyber-squids!

Unfortunately Jake didn’t make it all the way through Trujillo either. There were too many guns and gangs for his tastes - Jake don’t do crime :-)

Jake purchased the digital versions of the books and was full of praise for the art, and in particular the colour, as it really shone on his iPad.

I elected to read the books in what I thought was the official, chronological or ‘proper’ order - Trujillo, Lima & Manu. I’m not 100% sure where I derived that order from. It may just mirror the order of publication as set out on the website.

The first thing that hit me was that the setting is pretty cool. It’s maybe not quite as unique as I first thought - I get some hefty Shadowrun RPG vibes from the mix of tech and magic - but that doesn’t mean it didn’t feel fresh and unusual. It’s just nice to see cyberpunk set somewhere else other than Tokyo, Berlin or LA! 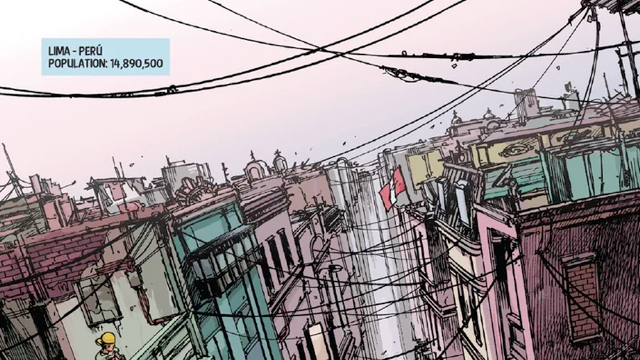 I enjoyed both Trujillo and Lima as books in their own right. Both were pretty easy to digest and weird and creepy enough to keep my interest all the way through. I absolutely loved the Cronenberg-esque animal/computer interfaces and really wanted to see more of it.

The art is great and steadily improves over the course of the three books. There’s a distinct progression in the detail levels, with Manu showcasing some dynamic line work and some fluid, exciting layouts. It reminds me of Nick Pitarra’s work on the Manhattan Projects - full of exaggerated forms and gangly, slightly bulbous poses. It really worked for me.

Story-wise, Manu is the most intriguing of the 3. At it’s core it is a very simple story about a complex relationship and hinges on the mundane question “Why don’t you ever stay over at my place?”. I liked the fact that a dark, gritty near-future sci-fi book had essentially been remade as a romance. It did take me a while to pull together the narrative threads from the previous books but, once I got there, I enjoyed the fact that the story built up over time. I’m curious to see where things go from here.

There’s some great stuff in these three books. The art is sharp, clean and dynamic and is backed up by some fascinating world building that may yet pay greater dividends in upcoming volumes. The format is tight and delightfully well put together. Although we weren’t unanimous in our positivity for these books I think we can all agree that supporting slef-publishing creators is a wholly worthwhile. Go grab the books for yourselves and see what you think :-)