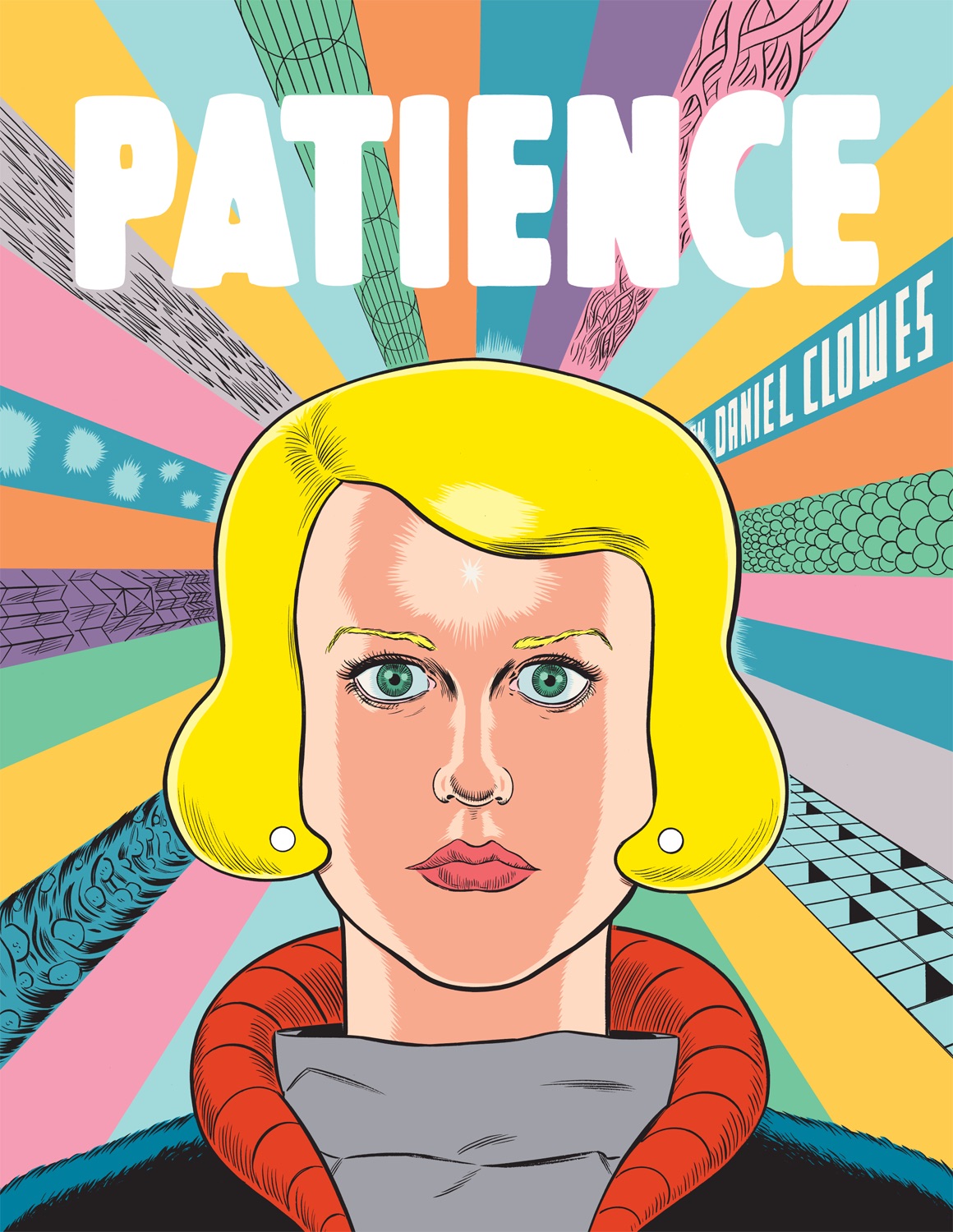 A cosmic timewarp deathtrap to the primordial infinite of everlasting love.

This was Tom’s first taste of Daniel Clowes, and he loved it. He had no idea what to expect before reading, possibly a ‘slice of life’ thing, like Ghost World. What he got as he sat reading it in Heathrow’s Terminal 3 was a time travel murder mystery into the heart of darkness.

The surroundings of Terminal 3 added to the experience - being in a no-man’s land environment of an airport waiting room enhanced the feeling of dislocation experienced by the main character as he ricochets through time in an attempt to prevent the murder of his pregnant girlfriend Patience.

Tom sped through this book, admiring the ‘gorgeous colour pallette’ as he went before being taken aback by the shock ending.

He thought it was the best written story he had read this year and gave it the full five stars. Tom says he will definitely be reading more Clowes. I recommend he tries kinky murder mystery David Boring, or if feeling brave, the fully twisted Like a Velvet Glove Cast in Iron.

Kelvin was immediately excited that the Club was reading something brand new this month. Having read some of Clowes’ earlier books he was familiar with the representation of a very particular urban American milieu. So he wasn’t really expecting a bleak sci-fi comic.

He too enjoyed the colour, but it was Jack’s misanthropy that really worked for him - ‘I can relate to him,’ he said big laugh *. Kelv thought the theme of police injustice caught the zeitgeist, with Tom adding that he thought one of the villains was rather Trump like. I don’t know if these are deliberately drawn on recent events, but it’s clear that Clowes’ cultural radar is as well tuned as ever.

Having read (and enjoyed) Dan’s pick last month, the dense, epic Metabarons, Kelvin was relieved by the relative speed with which he read Patience. He rated it four stars. Brevity was a blessing for Dan too, not because he found it gripping but because he ‘hated every bit with a passion.’

By the time Dan had reached the opening spread he was suffering from ‘font trauma’, counting nearly ten different offending typefaces. He found the art malformed, misshapen and ugly. The colour palette of clashing pinks, reds, yellows and oranges he thought gaudy.

Worse was the storytelling. While the rest of us had been carried away by the narrative, Dan found it static, criticising the pacing as well as Clowes’ attitude and approach to the story. Where we had been surprised by the ending, Dan had spotted the murderer from their first appearance. Not that he cared - he was just glad it was over! Zero stars. Another winner for Dan!

Which left me, floating somewhere in the middle. I’ve read pretty much everything Clowes has written - he was the one author I continued to read after giving up on comics in the mid 90s. We debated whether Clowes was one of the ‘masters’ of the form (to rank alongside the likes of Steve Ditko, Jack Kirby and R. Crumb. I think he is - he has a distinct aesthetic that has been widely imitated, and every one of his books is written in an instantly recognisable voice.

However I didn’t think Patience was up there with his best. Unlike Kelvin I wasn’t surprised to see him trying sci-fi as he’d done this brilliantly in 2011’s Death Ray. Like that book this is ohsobleak, and at times the misanthropy on display was a little too much, even for me.

Although I didn’t agree with Dan’s assessment of the art, it’s not as attractive as some of his other books. I loved the gaudy colours, but found the drawing style a little too loose, compared to the exquisite draughtsmanship of a book like David Boring.

I struggled to rate this one, but on the night chose to rank it alongside his other work, settling on three stars. That Patience elicited so many different reactions, from extreme love to total hatred and shades inbetween, I would have to conclude that Clowes has actually achieved something really great here. So sod it, I’m going to bump my rating up to a four.