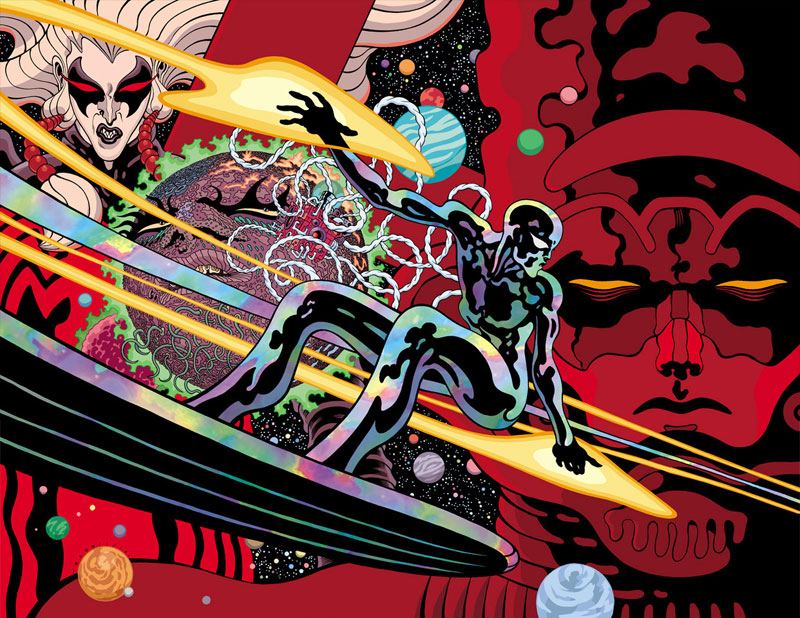 What a rush! What a high! With the strength of Kirby, Buscema, Moebius and Lim behind him, Tradd Moore’s craft cosmic has reached giddying heights in Silver Surfer Black.

To my knowledge this is the first Marvel Universe title to have been given the Treasury treatment in a very long time, showing just how much confidence they have in the book. And rightly so, every page deserves time pored over. It’s a thing of beauty, and Dan said as much… before totally slamming the story it illustrates. Being dropped right into an ongoing epic was not how he wanted to start the book, nor was he looking for the writer de jour Donny Cates’ new cosmic character to be the obstacle to be overcome. Dan’s approach then was to just turn off from reading the speech balloons and simply enjoy the visuals. All that is, apart from the repeated shots up between Surfer’s legs. 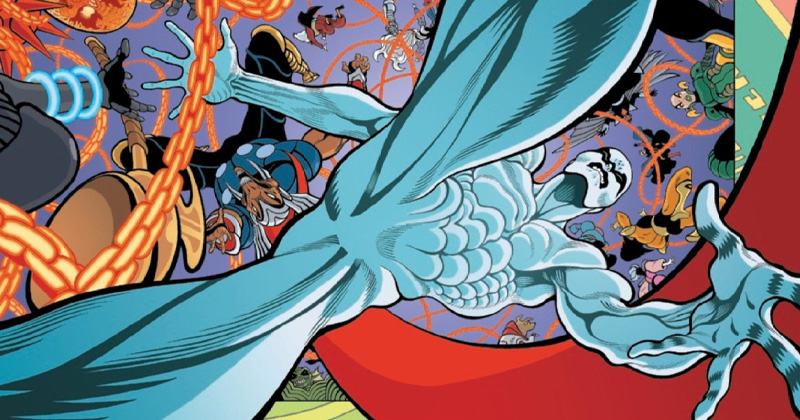 Jake enjoyed the story although called it meandering, and I was pretty keen on it myself, though it does fall into some pretty standard superhero tropes. Cates obviously has some grand plans for the surfer and is taking him in a new direction. I heard on one comics podcast that his powers could now be compared to that of DC hero Deadman’s, but there was no evidence of that here. What we do get is some new powers, some insane throwdowns and appearances from other iconic cosmic entities.

Of course, the tale of the surfer began originally in The Fantastic Four trilogy of issues 48-50, with Marvel legends Stan and Jack at the height of their creativity pitting the FF against “God” in the form of celestial being Galactus. The Surfer is the Herald of Galactus, searching for planets for his giant master to consume. That story was one of the first US comics I ever read, in the form of a UK newsstand pocketbook. For the purpose of this review I revisited it, in colour for the first time. Other than the blatent sexism in the writing of Sue Richards, I believe it holds up as a classic.

Back in …Black, it was inevitable that Galactus would show his enourmous head at some point, and this was a highlight of the story for me thanks again to Moore deliving what Kelvin called “fucking incredible art”. 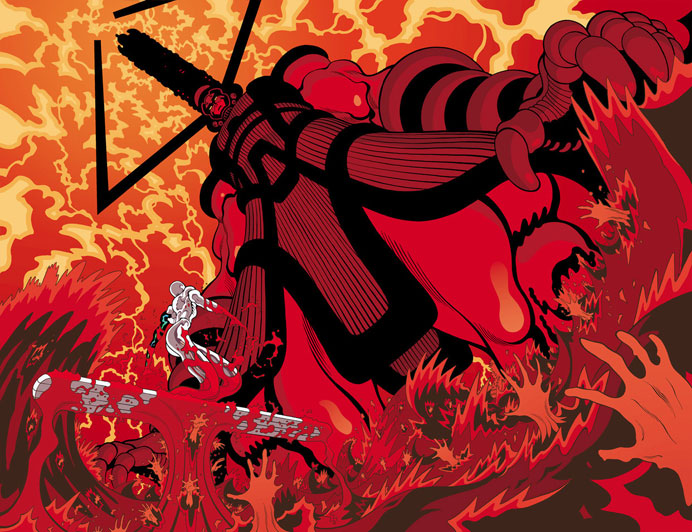 Cates makes a point in the backmatter of the collection that he rewrote the last issue after he had heard of the passing of Stan Lee. He wanted to deliver the best ending possible, and also made reference to another notable Surfer story: Parable, by Lee and French Master Moebius, quoting directly from that story to bolster the Surfer’s morale.

I think this collection is worthy not only of the Kirby/Lee legacy but also of the treatment given it by Marvel. They knew this series would look the biz blown up and, by the power cosmic, they were right. 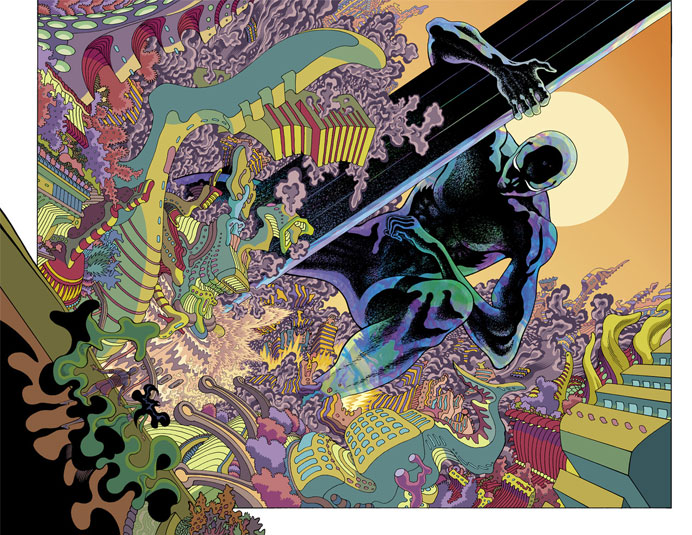 Enjoyable but ultimately a bit style over substance
-Jake ⭐⭐⭐⭐

Utterly bonkers and trippy. I loved how utterly hokey it all is, Just how cosmic Marvel should be.
-Kelvin ⭐⭐⭐⭐