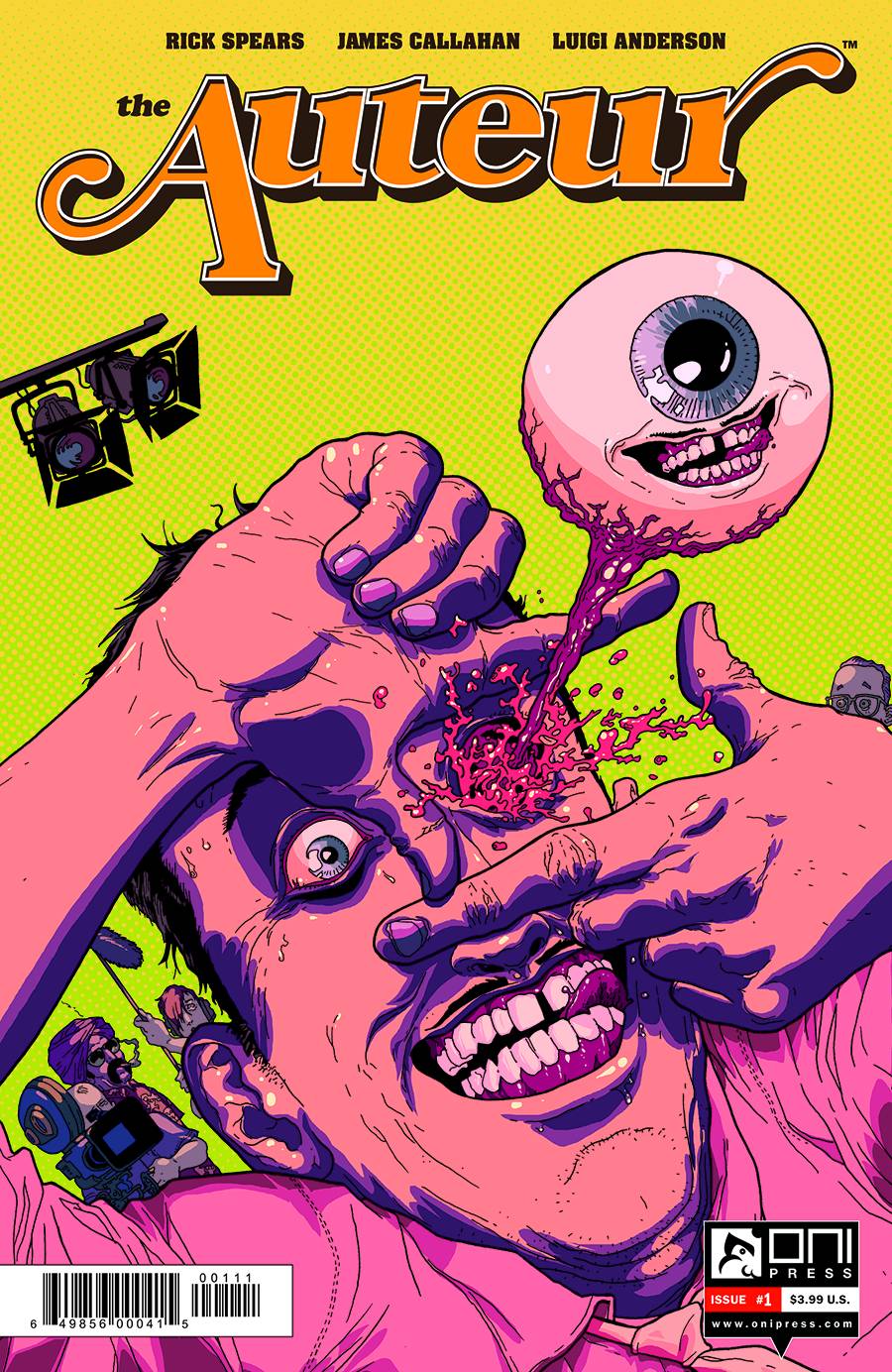 For the second meetup of The Comic Book Club we took on something with a bit of edge. It was my choice this time round and after the insanity of Transformers vs GI Joe I wanted to choose a book with gravitas, a book with a serious message, a highbrow work of comic literature.

Then I thought “F**k it!” and chose The Auteur instead.

The Auteur had been receiving rave reviews across the board, with reviewers claiming it was the craziest, most insane comic book experience around. I thought it might be a divisive choice…

“It’s Fear & Loathing in Las Vegas meets Naked Lunch. I really like it”

“The court room scene was genius”

“Found the gore a bit much at times”

“It’s a love story - I got Scott Pilgrim vibes. That’s a good thing!”

“Love all the cinematic references”

“Punky, skate-y & a bit like a strip from Thrasher magazine”

“Uber-violence made me bit queasy. Then again, I am a total wuss”

I think we can safely say that we rated The Auteur.

The guys really enjoyed an art style that jerks spasmodically between high detail and broad caricature. The colouring makes me sweat and want to take a long bath. The writing delivers some real belly laughs before crushing that with some drawn-out graphic nastiness.

Oh, and it had Edward Penishands in it :-)