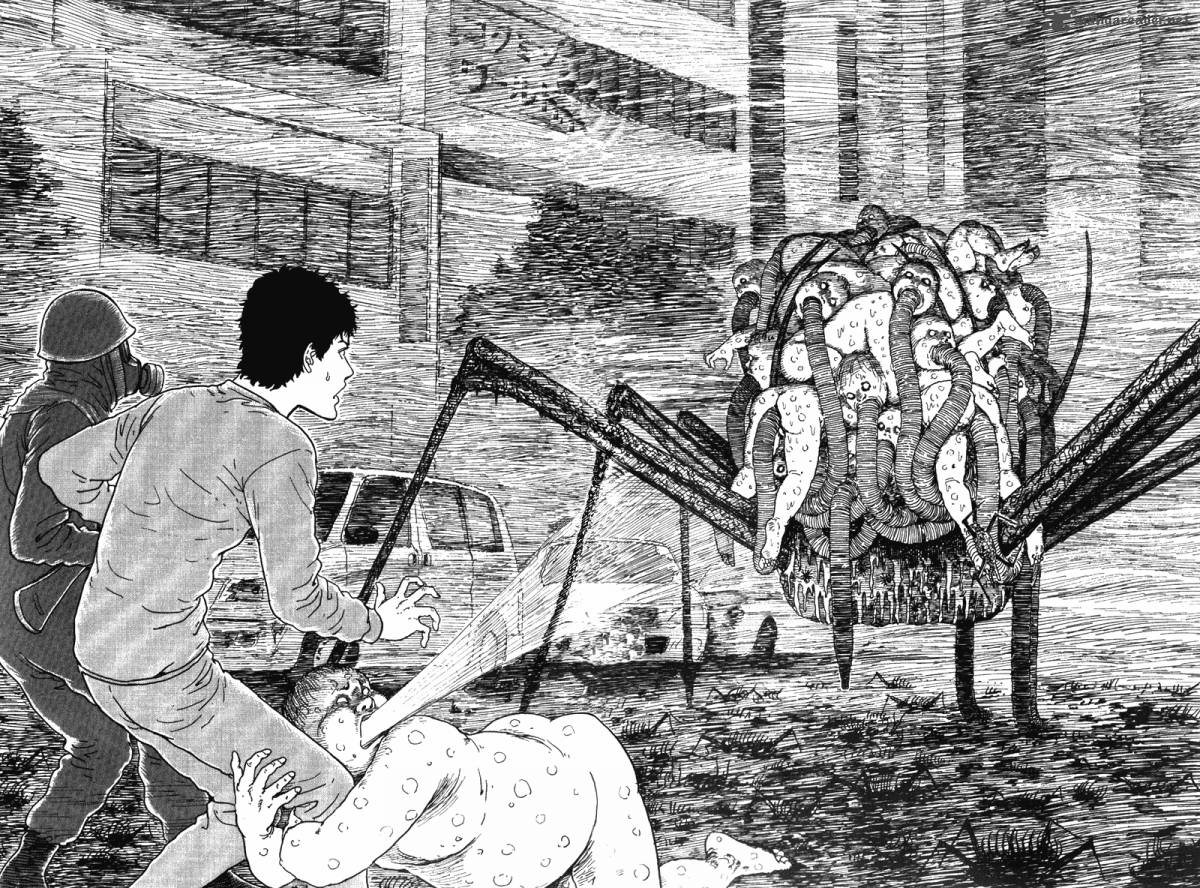 As Christmas creeps ever closer I felt The Comic Book Club needed an injection of something a little more… grotesque to balance out all this goodwill to all men stuff.

I was looking for something a bit different to what had been covered so far. We’d mainly stuck with American publishers with a solitary, brief visit to Europe way back in July. We needed to head east.

Whilst hunting for inspiration I stumbled upon an article on polygon.com on Guillermo Del Toro’s aborted Silent Hill film. In the article Del Toro referred to The Death Stench Creeps author and artist Junji Ito as a master of Japanese horror.

JUNJI ITO, undisputed master of horror in Japan (along with Hino and Tsubaki) and our collaborator in SILENT HILL (S) pic.twitter.com/D9ypKBhVk5

Sounds perfect. Let’s do this.

Note: I initially suggested we read volume 1 only. However 2 out of 4 of us elected to purchase the 2 volume hardback edition. The other two purchased the 2nd volume after completing the 1st. This write-up assumes knowledge of both volumes. With this in mind there may be spoilers ahead :-)

Jake had read some manga previously but came into The Death Stench Creeps with no real idea of what awaited him. In general he enjoyed the book but found the characterisation wooden and the leads hard to relate to. Jake also commented on the apparent horror derived from the mundane items such as plastic bags and gastro-intestinal upset.

He was much more of a fan of the short stories after the main story feeling that they were much darker and more engaging than the main storyline.

It was worth it for the fart cannon.

Tom wasn’t a big fan of the main storyline, feeling that it wasn’t horrific or scary at all. In fact he described it as ‘bordering on laughable’ rounding particularly on the bio-mechanical shark that forms one of the main set pieces in the first volume. He found the end pretty unfulfilling and abrupt.

As with Jake, Tom found that the short ‘backup’ stories provided more enjoyment than the main event, likening them to the classic 2000AD Tharg’s Future Shocks.

Kelvin grew up in Malaysia reading comics from Hong Kong, China and Japan so he had no problems adapting to the reversed format (unlike the rest of us who kept struggling with the back-to-front panel order for the first few pages).

Kelvin had a similar issue to Jake, Tom and I finding the two lead characters shallow and unlikeable. He wasn’t surprised by the unfortunate depiction of women citing the cultural background of the author.

Kelvin was the only one of us to really get spooked by the subject matter as the insectile nature of the mecha-fish played upon his own fears of insects.

My general feeling was that this was really rather weird. I struggled with the reversed reading order for quite a while until getting into the swing of things. Once I was there I have to admit to being slightly disappointed - it was far less horrific and gratuitous than I expected (although things do start to ramp up in volume 2).

There was a lot of farting in this book, in fact I don’t think I’ve ever seen (heard?) as much flatulence in a comic before. This approach to body horror was fairly unique.

I’m sure there was a chase sequence where some people ran away from a plastic bag.