Happy New Year from The Comic Book Club! My last choice of 2018 was Kyle Starks’ eight issue miniseries Rock Candy Mountain from Image Comics. I knew nothing about the series going in; I liked the title as it made me hum the tune featured in O Brother, Where Art Thou? whenever I read it. Pretty quickly I realised Starks was also the creator of Sexcastle, a book The Club had read on the side at my suggestion before. Sexcastle was very much a one man creation whereas Rock Candy Mountain has the addition of colours by Chris Schweizer. 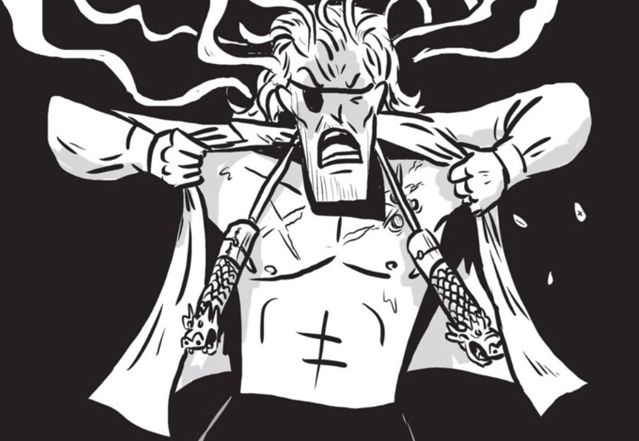 Rock Candy Mountain is about hobos, hobo life and one hobo’s quest to find the titular mountain. See, he knows the way. It is very much a comedy book with some fantastic laugh out loud moments, crazy characters and artwork that falls squarely in the ‘cartoony’ category. Starks packs a huge amount of content into his issues and the action keeps on chugging along throughout, picking up pace in the second collected volume as we learn more about the protagonist Jackson and why he is on his quest. 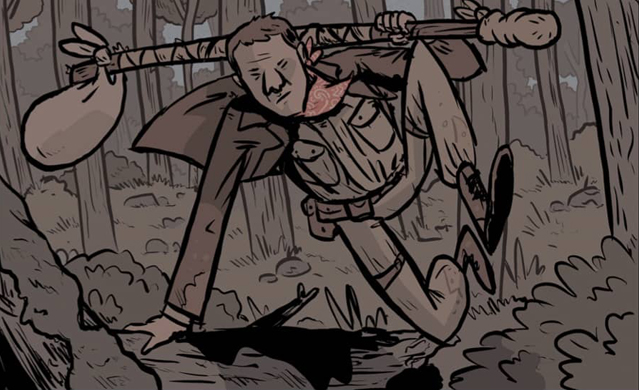 Dan was apprehensive about the book and found the art off-putting. Cartoony really isn’t his thing and he took a particular dislike to Jackson’s nose which annoyed him intensely. He read volume one without paying much attention but luckily came out thinking he’d enjoyed it! He thought the brown colour scheme was very much the colour-way of the Deep South, matching that found in Jasons Aaron & Latour’s Southern Bastards. When your overall theme is Sweaty Brown it’s easy to make things pop with other colours such as token non-hobo Pomona Slim’s blue suit and the burning reds of The Devil. Yes, The Actual Devil features in this comic. 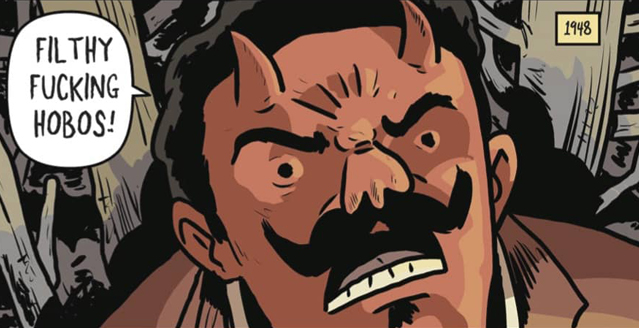 Jake said the book was a quick read too and had time to return to the first volume after having completed the second. He found Starks’ portrayal of ultra-violence didn’t mesh with the style of the art and also had an issue with Jackson’s nose. He thought the set pieces in book two worked better but overall wasn’t too interested in the quest aspects of the story. He would have liked to have seen more of Pomona Slim and for his arc to have been rounded out better. 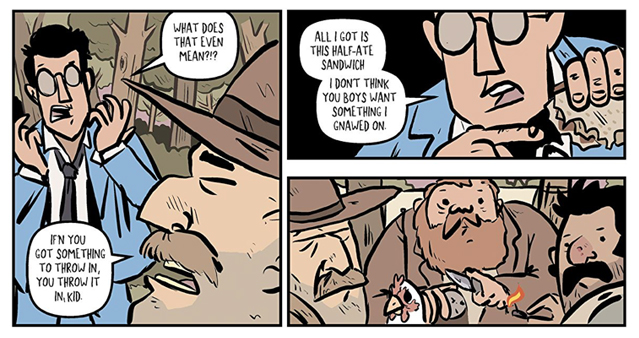 For me the cartoony art is bang on the money and I see a touch of Pixar artist Scott Morse’s style in Stark’s drawings. The storytelling is clear and the comedy right-on. The only aspect I didn’t like falls into spoiler territory so quit reading now if you’re looking to read yourself: la de dum de dee filling a line with junk just to make sure you don’t accidentally read the next section de dum de doo. The flashback section which opens the second book was a great way of filling the character’s backstory but I feel using Hitler and the Spear Of Destiny is rather old hat and has been seen lots of times before. Here it’s a mcguffin and the Deus ex Machina which gives Jackson a way to defeat his foe. Maybe that’s just Starks’ writing style - play off the recognisable in a humorous way. It certainly worked in Sexcastle, which was the most nineties action movie ever. 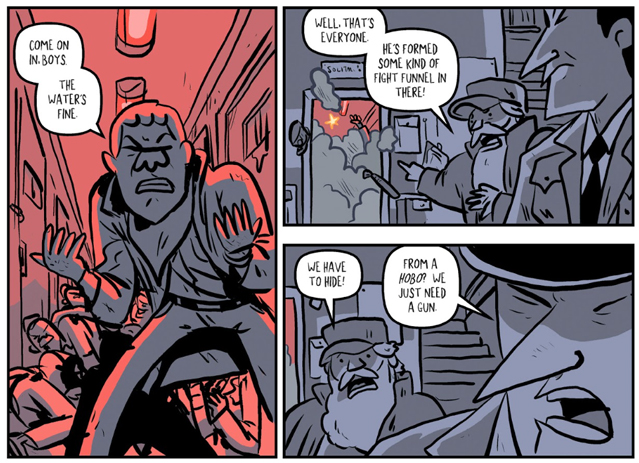 “Enjoyable! The brownest book since Rust (other colours are included).”
-Dan ⭐⭐⭐